Abu Dhabi, the capital city of the United Arab Emirates, is located on a T-shaped island within the Arabian Gulf. Though not as renowned as its neighboring city of Dubai, Abu Dhabi is still as amazing city to explore and visit.

Here Is A List Of The Top 8 Attractions To Visit In  Abu Dhabi:

This grand mosque was pioneered by UAE’s late President whose vision was to build a magnificent structure which unites the inherent cultural diversity within the Islamic world as well as display the amalgamation of modern and historical art and architecture of the region. Sheikh Zayed mosque is the largest mosque within the UAE and eight largest in the world. The size of the entire site is equal to the size of 5 football fields. It also serves as the most important place of worship during Eid and Friday prayers. You can visit the mosque to get a taste of the culture and religion of the place. 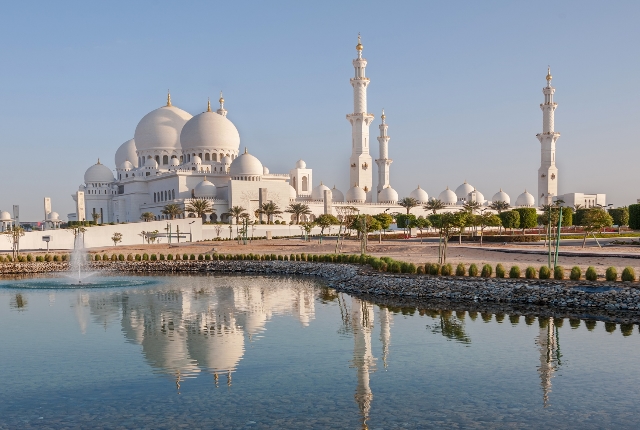 This is the largest mega waterpark in the country spready over 15 hectares in area. The park features over 43 rides and numerous attractions, making it the ideal thrilling destination for the entire family. Visitors can spend the day enjoying the adventure-filled rides such as the fastest tornado waterslide, looping waterslide and an amazing interactive laser and water rollercoaster. 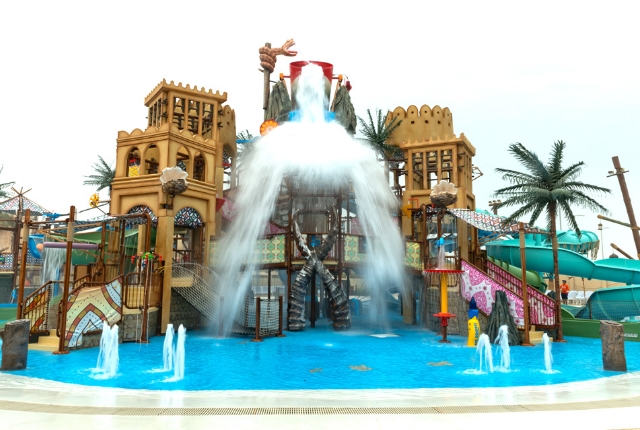 This is a reconstruction of the age-old traditional oasis village and is a wonderful way to experience the pre-historic life of Abu Dhabi. It is run by Emirates Heritage Club and is located at the end of Abu Dhabi Corniche. Visitors can experience the traditional ways of desert life such as goats’ hair tent, falaj irrigation system and campfires with coffee pots as well as witness craftsmen making pottery and metal works as garments getting weaved in various stalls. There is an amazing spice shop where you can purchase handmade soap and dried herbs of all kinds. 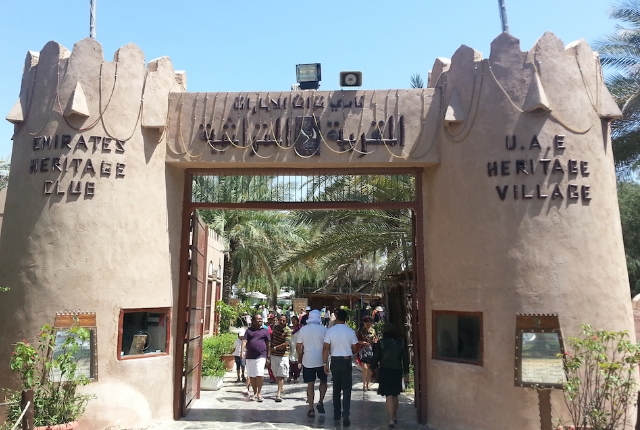 This is the first theme park in the world built with a Ferrari theme and is a multi-sensory haven for Ferrari enthusiasts as well as families wanting to have a thrilling day. The park wonderfully pays tribute to the technical innovation, excellent and passion established by Ferrari over the years. It is actually the largest indoor amusement park and incomparable to any other amusement park in the world. It also features the fastest roller coaster in the world – Formula Rossa. 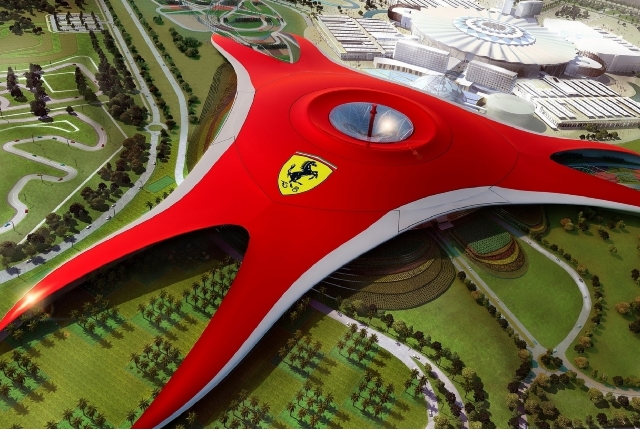 This is one of the most renowned F1 tracks in the world and is the place where world-class racers come to race. It has played host to 5 world championships and is open for karting, drag racing, track days, driving experiences and passenger experiences throughout the year. 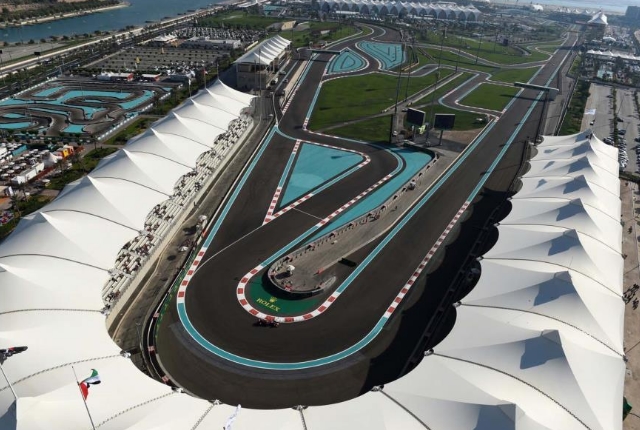 This fort is the oldest building in the city of Abu Dhabi and was actually the former residence of the Al Nahayan family who ruled the city from 18th century till 1966. It houses a maze of rooms that have been embellished with paintings for flowers, peacocks and Islamic calligraphy and is definitely a treat for the eyes and history enthusiasts. 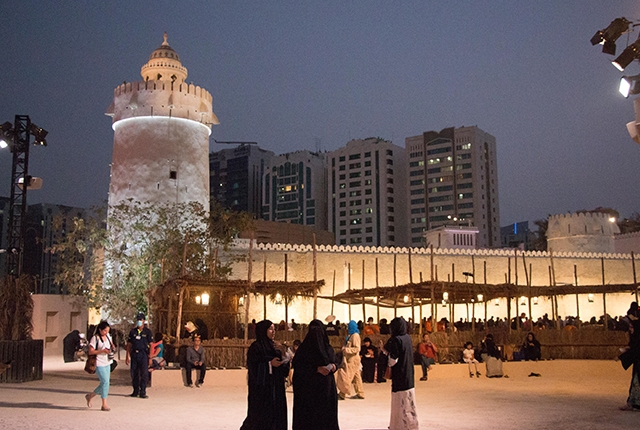 This is a picturesque 6 km long road that runs on the shore of the Arabian Gulf starting from the Sheraton hotel and ending at the Hilton hotel. It is beautifully adorned with numerous gardens and children’s play areas that are a hit with the families. 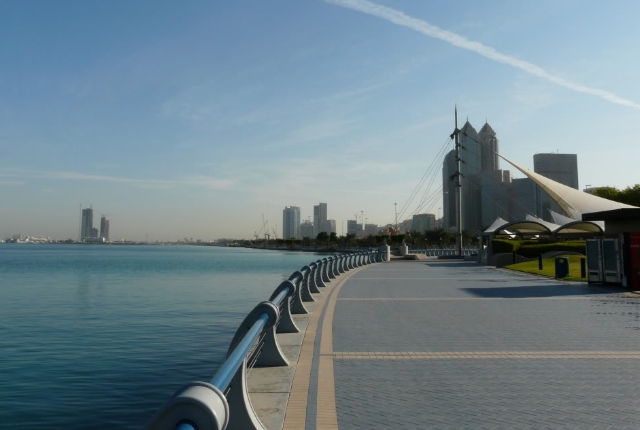 This museum features the amazing automobile collection of H.H. Sheikh Hamad bin Hamdan which have been beautifully displayed for the benefit of the visitors. Here you can view numerous varieties of cars and other vehicles like customized camper van and other ‘one of a kind’ pieces that were gifted to the king from different parts of the world. You can even see numerous high end cars which were modified to include all luxuries such as TV and refrigerator. 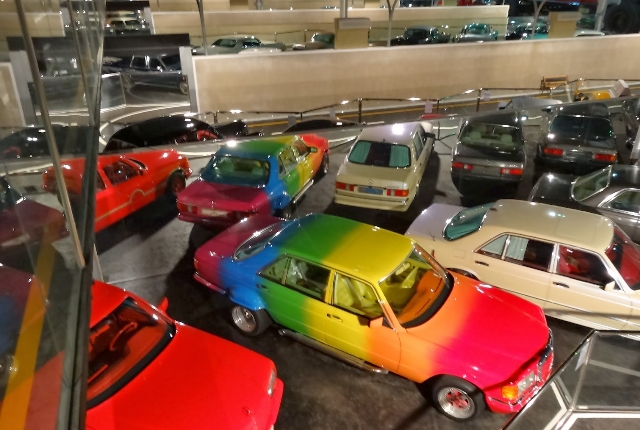