Wildlife spotting is something that never ceases to give us goosebumps. While some individuals prefer to visit the zoo, others tend to be a little more adventurous and try to get as close to their favorite animals as possible. If you are a bit on the adventurous side as well, then you know that the best places to observe these animals in all their glory is in their natural, pristine habitats. So take a look at 8 such destinations around the world where you will be guaranteed plenty of wildlife sightings, sans any cages or enclosures.

Here Are The Top 8 Wildlife Destinations Around The World:

As the first national park in the whole world, Yellowstone National Park has become synonymous with American culture, with trips to the park considered a tradition among American families. The park is home to the largest intact ecosystem (the Greater Yellowstone Ecosystem) in the Northern Hemisphere, and also houses one of the most famous geysers on earth, Old Faithful.

When it comes to wildlife, you won’t be disappointed for sure.

The park’s diverse ecosystem consisting of mountains, valleys and forests make it a wonderful habitat for several species of animals. Some of the more notable wildlife you can catch glimpses of in the park include grizzly bears, bison, gray wolves and more than 60 other kinds of mammals. 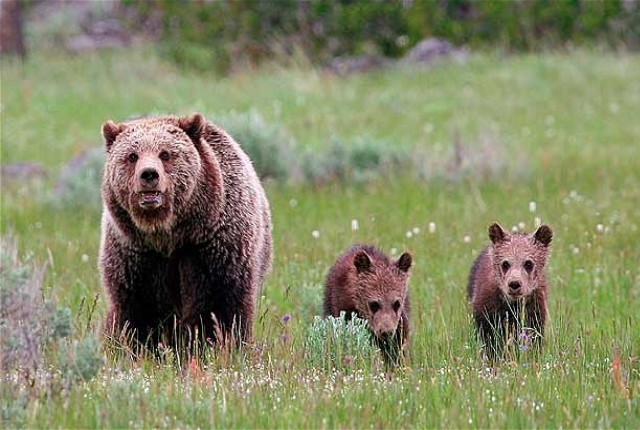 Antarctica holds the honor of being the only uninhabited continent in the entire world. No human can stay on the continent on a permanent basis, thanks to sub-zero conditions, remoteness and accessibility.

But that does leave out the 40 million or so penguins which have made the continent their home.

In fact, the Macquarie Island on the continent houses over 3 million penguins alone. Now that is a whole lot of happy feet to welcome you when you step on the island. Oh, and did we forget to mention that it will also be possible to spot a lot of sea birds, whales and seals while on the island? Add to that stunning scenery and you will absolutely love to visit the place that is seldom visited. 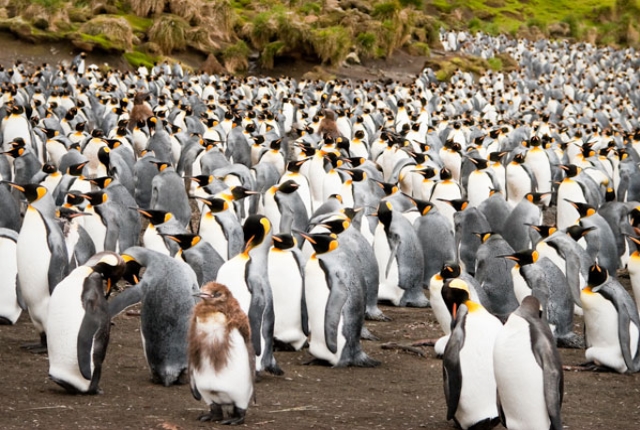 Fancy a closer look at the Big Five, aka the lion, elephant, buffalo, rhinoceros and the leopard? If so, then the Masai Mara Game Reserve is the best place in the world to catch all five of these mammals in action.

But that’s not the only thing you will get to see at one of the biggest game reserves in Africa.

Treat yourself to glimpses of a wide variety of other animals like giraffes, zebras, jackals, cheetahs, hyenas, monkeys, baboons, gazelle, oryx, kudus, hippos, antelope and wildebeest. Don’t miss out on one of the grandest wildlife spectacles while here, the great migration of millions of wildebeest and zebra across the Serengeti plains. 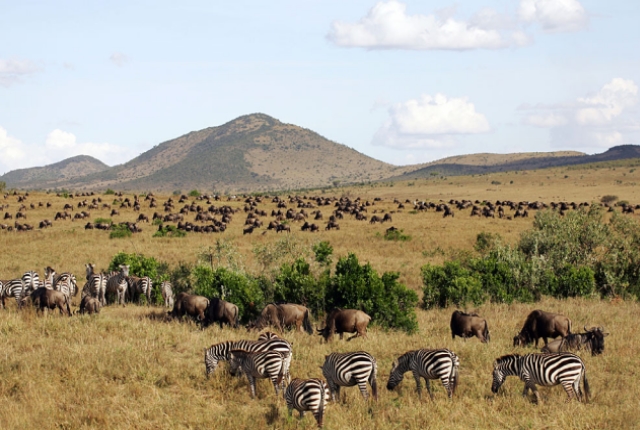 The name says it all. Home to the largest population of tigers (sadly what remains of them that is) in the world, the Periyar Tiger Reserve is a must visit for those who wish to view the majestic beast in all its living glory.

The location of the reserve itself boasts of housing a rich landscape filled with grasslands, dense jungles and lush rainforests.

In addition to catching glimpses of tigers prowling around the famed ‘Tiger Trail’, you can catch sights of other animals like bison, elephants, deer and boar, etc. in the reserve. 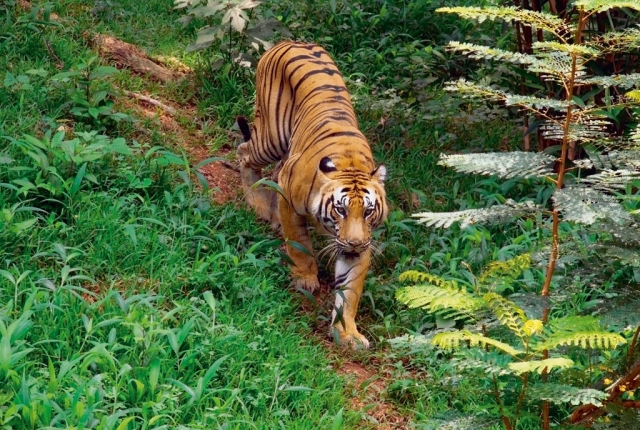 Home to about half of the remaining 750 mountain gorillas on earth, the Bwindi Impenetrable National Park will let you get as close as possible to these magnificent beasts. Of course, there is quite a hike and sweat in store for you as you hike through the thick jungle. But the trip will be well worth the effort when you come face to face with a very watchful silverback.

So you don’t want to go about creating a lot of sound and ruckus when you are near them. If they get agitated, there is no telling what they will do. And there sure will be no way you can outrun them to safety. 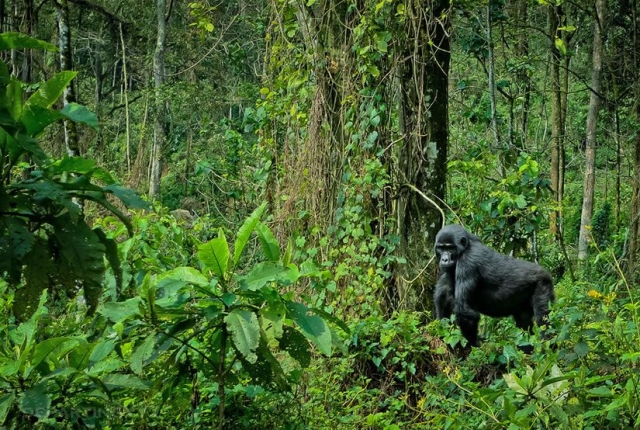 Costa Rica in its entirety has one of the richest biodiversity (consisting of rainforests, deciduous forests, cloud forests, mangrove forests and coastlines) in the entire world.

Home to over 50000 species of animals and birds, the country has everything needed for a spectacular wildlife outing.

Be prepared to run into almost all of these mammals, birds, reptiles, insects and amphibians while on the island. These include the world famous Mantled Howler Monkey, the sleepy Sloth and the Resplendent Quetzal. 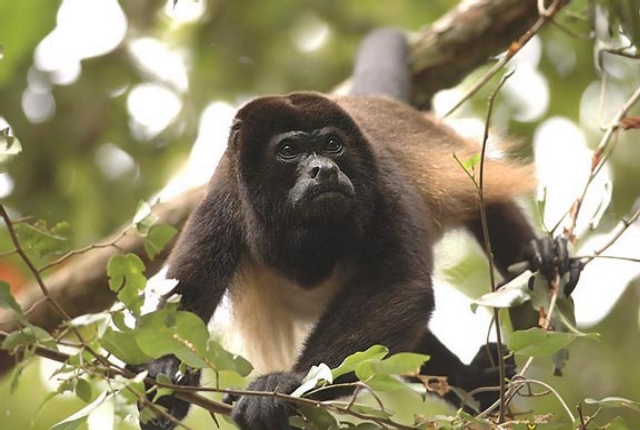 That leaves you with plenty of adventures in the form of swimming alongside Marine Iguanas (don’t worry, they are vegetarian), and walking among 150 year old Galapagos Giant Tortoises as well as Galapagos Penguins.

Covering almost a half of South America, the Amazon River Basin is a must visit for the wildlife enthusiast.

It is home to the largest species of animals and plants on earth, including a wide range of amphibians, reptiles, tapirs, primates, jaguars, capybaras, manatees and the Amazon River Dolphin.

The Amazon River Basin also houses more than 3000 species of freshwater fish, 4000 species of butterflies and more species of birds than anywhere else in the world. There is no way you are going to enter the Basin and come out of it without encountering all these creatures. 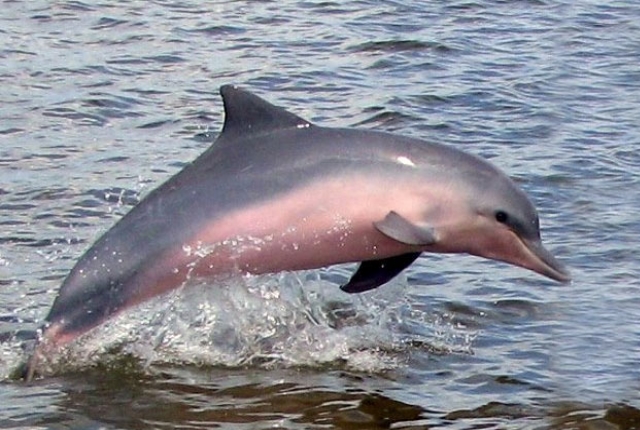