Paros is the second largest Island of the Cyclades group Islands of Greece and is considered to be one of the most beautiful of them with many beautiful beaches and villages. It is also home to many museums that provide insights of their culture and history of the land. Paros is also the birthplace of many artists and art lovers and their work is scattered around the land. The Visitors will have a complete view of the tools and items used by the locals in the previous century.

Have A Look At Some Of The Famous Places Of Paros Island:

1. The Monastery of Panagia Ekatontapiliani

This is one of the best preserved Paleo-Christian monuments in Greece. It is located in the Parikia town and contains a main Chapel surrounded by two more chapels and a baptistery with a cruciform font. The church was originally constructed in 4th century A.D. by saint Constantine for his mother Saint Helene and was dedicated to Assumption of Virgin Mary. The Name Ekatontapiliani means ‘Church of Hundred Doors’. The Church has 99 doors and one secret door.It has been reformed over the years and there are many other chapels too outside the main church. 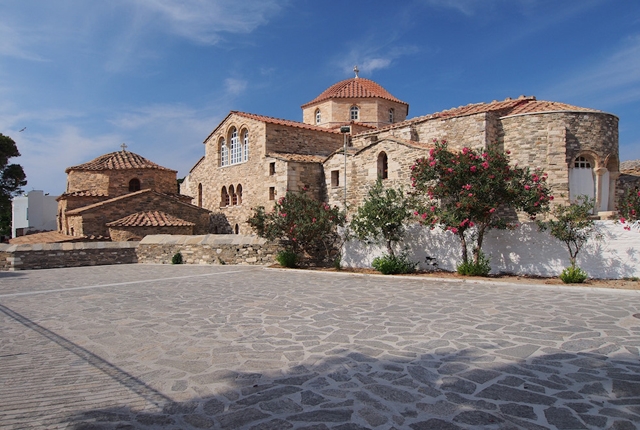 It is located in the north eastern corner of Paros. It is warm and sunny during summers and cold and occasionally snowy in winters. Naoussa is said to be one of the most beautiful fishing ports of Greece. One of its most marvelous aspect is that it has still retained its authenticity despite of growing tourism. You may just sit and enjoy the sun with some palatable fish platter with ouzo (Anise-flavored aperitif that is widely consumed in Greece and Cyprus). Also the water is shallow suitable enough to take a dip for both adults and children.

The Museum was founded in 1960, in a large hall next to the High School to house the antiquities which were kept in the cells of the Katapoliani monastery. It is one of the most important museums of Greece because of its exhibits from the excavations of Paros and Antiparos. The findings are from as early as the Neolithic period to early Christianity. Some of the important exhibits are namely the Marble statue of Gorgo, Nike and an enthroned goddess, Colossal marble statue of Artemis and The Parian Chronicle. 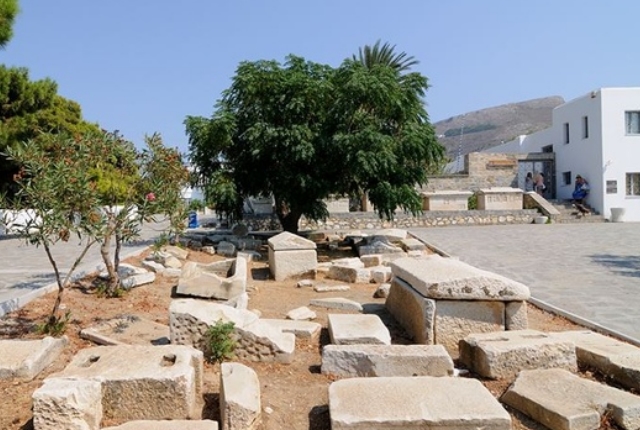 The capital city of Paros Island and one of the most typical Cycladic settlements with narrow cobbled paths, old churches, small houses in blue and white. It is also the most popular and busiest spot of the Island. The town is located on the waterfront around the harbor. Their are many interesting sites to visit in Parikia and also the famous ‘Market Street’. It also has many cafeterias, restaurants and a fascinating night life .Then there is Marpissa an another picturesque  village just at a distance of 20 km from Parikia where there are beautiful alleys with tall trees and traditional Greek farms. 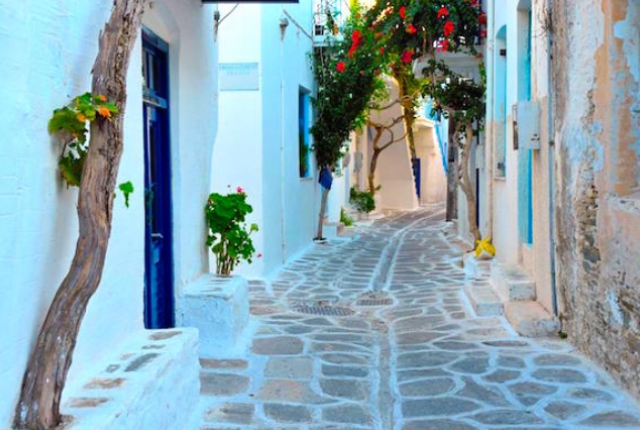 It is a Picturesque mountain village and famous for its traditional character. It was once the capital of Paros which was built by immigrants from Crete and locals who were looking for protection against pirate attacks. The hill is covered with lovely olive and pine trees and offers breathtaking view of the Naxos Island. The town is covered with little whitewashed houses and windmills and also beautiful dovecots. From Lefkes the famous Byzantine Road, a paved footpath dating from the Byzantine period, leads to the Prodromos village and ends up to the sea. 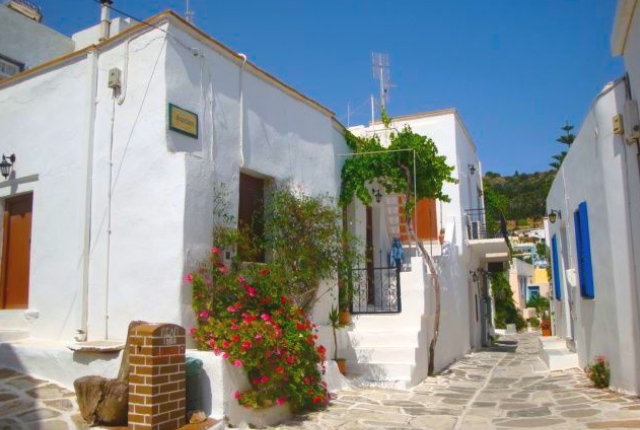