San Marino is an independent republic and a mountainous microstate enclosed by Italy. It is popular as one of the smallest countries in the world. San Marino is believed to be established in the fourth century by a saint of the same name. The capital of this tiny nation is well-known by the same name San Marino is present on the slopes of the Monte Titano, and it’s highly famous for its walled medieval old town and impressive cobblestone tracks. Incredible historic architecture, citadels, cafés, shops, and restaurants in the San Marino attract lots of tourists worldwide to visit this amazing country. So, let’s have a look at some of the popular tourist attractions in this fabulous independent microstate.

Find Below Eight Of The Most Visited Attractions In San Marino:

Basilica di San Marino is one of the prominent attractions in San Marino. You can learn that this Neo-classical basilica was developed in the initial 19th century over the old establishments of the ancient Romanesque church, which dates back to the 4th century. It is believed to be dedicated to the St. Marinus. Watch impressive interior architecture which is well-created in the basilica style. You can find a couple of side aisles, long nave, and worth-watching altars. Make sure you watch incredible paintings and sculptures on these altars. Also, you can discover an urn comprising amazing relics of St. Marinus. 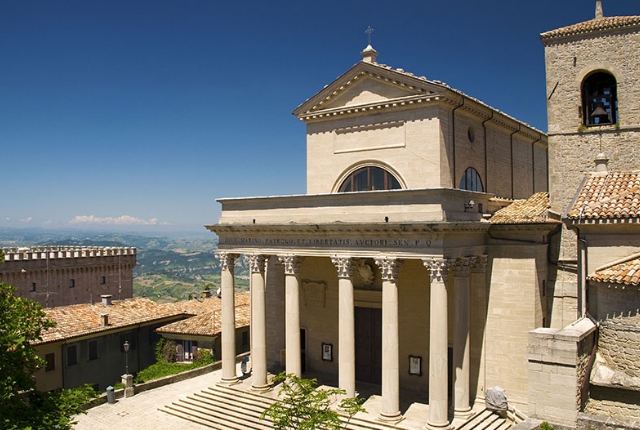 The small microstate of San Marino comprises three fortresses that adorn the Mt Titano’s long ridge. The three fortresses include 11th century’s Guaita, 13th century Cesta, and 14th century Montale. Each fortress has a tower from where you can watch the stunning views of the coastal plain, Apennines, Rimini, and the fat-stretched sea. A paved path connects all of them. You can find kiosks with souvenirs, drinks, and snacks in the lower part of the paved path. Make sure you visit incredible ancient museum of arms in the tallest fortress i.e. Rocca Cesta. 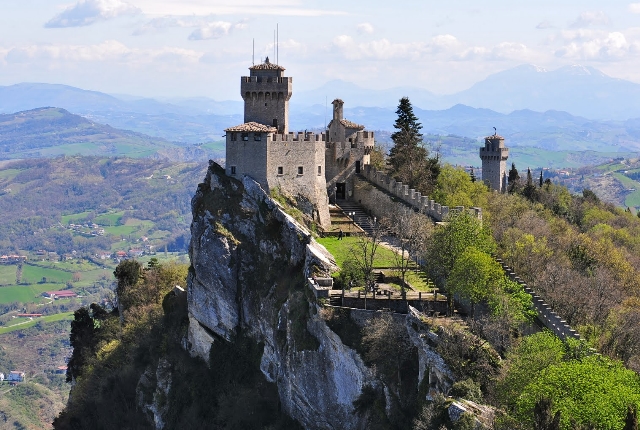 Don’t miss visiting the Palazzo Pubblico, which is a popular worth-seeing town hall of the San Marino city. This Public Palace is also known as the official government building. This structure is present in the same area as the Domus Comunis Magna, and it’s developed from 1380 to 1392. The façade of this building is fantastically embellished with several symbols, such as the Coat-of-Arms of Republic as well as of four municipalities. 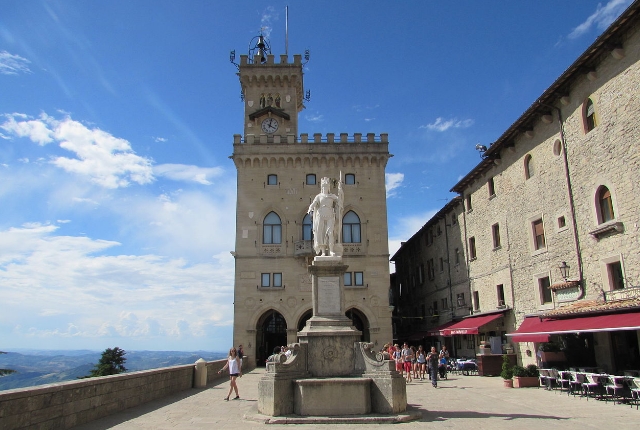 Museo di Stato, also well-known as the National Museum, is an incredible museum featuring the amazing archaeological collections belonging to the commencement of the Neolithic Age and later Roman and Etruscan finds. You can find here numerous artifacts belonging to the Neolithic Age. Also, you can find here Egyptian antiquities, ancient San Marino coins, impressive paintings belonging to the 17th century, Byzantine icons. You can also watch about 5,000 items, which were donated from the private collections of Italian political and intellectual figures as admiration, in this fabulous museum. 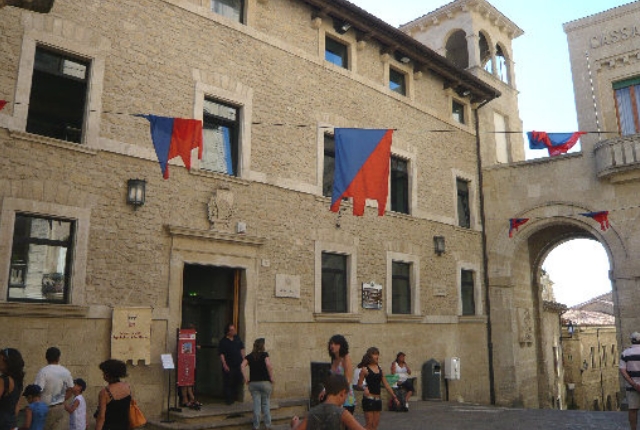 Mount Titano is one of the well-known destinations in San Marino. It is located at 750 m about the sea level so the air is refreshing and pleasant here. You can find walking trails that offer you a great opportunity to explore the lush green woodlands, stunning landscape, and watch the bustling city centre below. 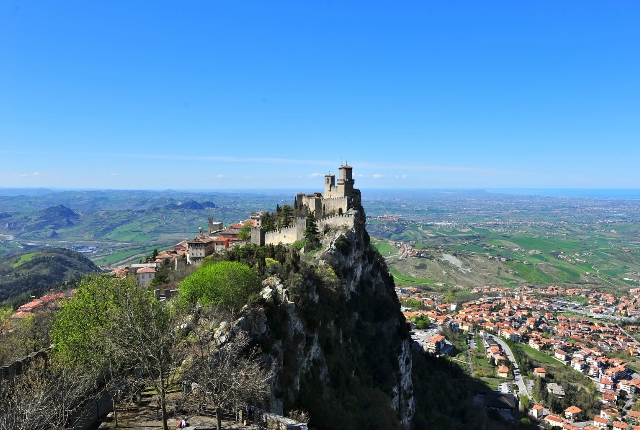 Don’t miss visiting the museum of curiosities. It is one of the most entertaining and fancy museum comprising the collection of strange items and unique inventions including their stories. A Ford motorcoach belonging to 1913 takes you from the parking to the museum offering you a unique ride. You can find here some of the world’s longest fingernails, a hand-pumped shower belonging to the 17th century, a nose watch that generates smoke of distinct scent every hour, German mousetrap belonging that dates back to 1700s, and many other strange objects. Besides objects, you can also find the displays featuring the unusual people. Make sure you watch the tallest recorded man and the shortest woman. 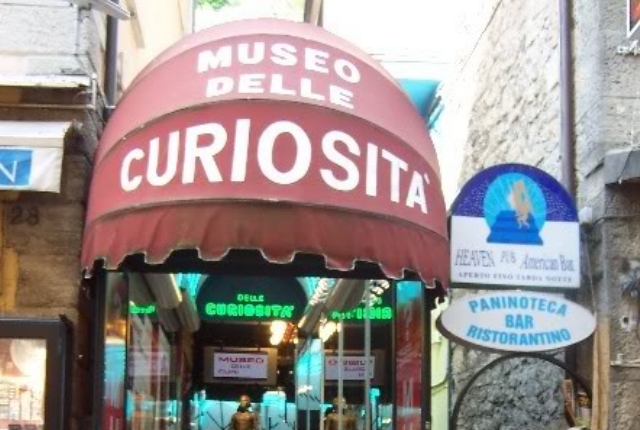 In the north of San Marino, you can find the town of Dogana, which means ‘Customs House’. This town is well-known for being the prominent entry and departing point for travelers visiting the San Marino. Even though you can find no border checkpoints, the prominent buses running from Italy to San Marino stop at various shopping malls in this town. Don’t miss shopping souvenirs, crafts and local art items, and many other worth-purchasing duty-free items here. 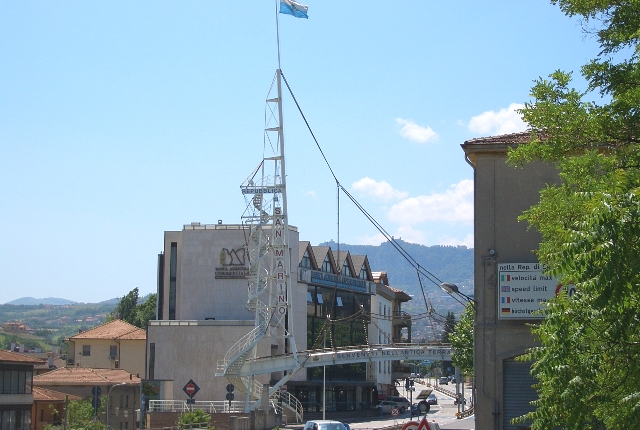 Serravelle is the biggest castelli in this microstate and it is located at the foot hills of the Apennine Mountains. It belongs to the medieval era and was earlier well-known as a tiny village known as ‘The Village of the Elm Trees’. Make sure you visit the Serravalle Castle which display the coat of arms, modern times Olympic Stadium, and a popular 19th century Saint Andrea’s Church. 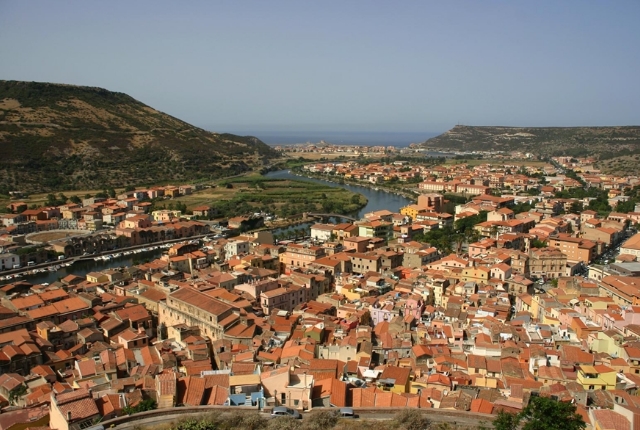 Now that you know these eight amazing tourist attractions in San Marino, make sure you visit all of them when planning to spend you vacations in this microstate in Europe.