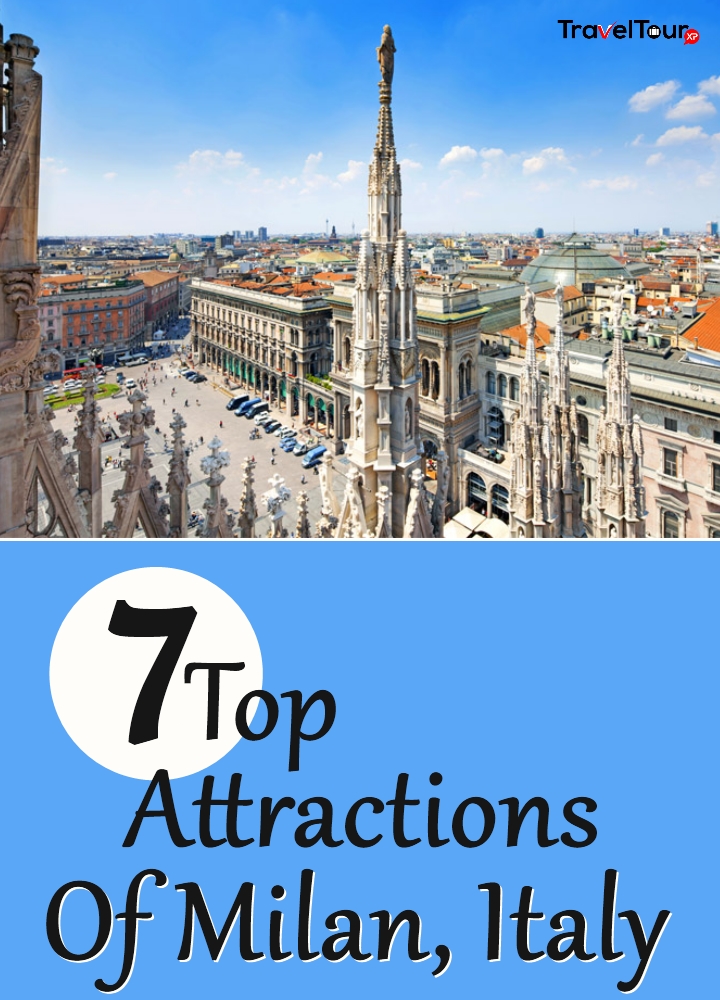 This Italian City has an impressive history to be proud of, with equally interesting attractions of modern world. The 2nd largest metropolis of Italy, Milan excels in arts, commerce, design, education, fashion, entertainment, media, research and tourism. It is a fashion and design hub with some of the largest fashion events held every year including the international Milan Fashion Week and Milan Furniture Fair. It is also famous as Milano in ancient Italian history.

Here Are The Top 7 Attractions Of Milan:

It is the most charming and beautiful city square of Milan. It was the heart of Milan during olden days. There are four main buildings in the square. Although they do not have the commercial importance as once but the excellent architecture of the buildings have always attracted the visitors. The Adjacent Baroque Palace depicts the facade of Saint Augustine and Roman poet Ausonius. 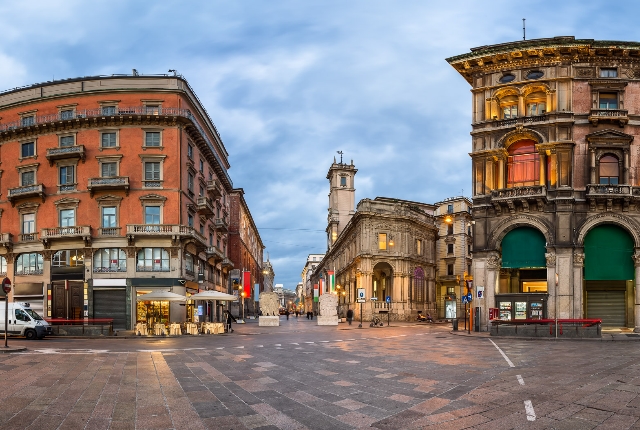 The church is dedicated to Bishop Ambrose of Milan. The Original Basilica is excavated beneath the present building.  The present day building was rebuilt in 11th century in Romanesque style. The exterior of the basilica has a large atrium. There are 6 open arches under one peaked roof in the west and the north has beautiful canon towers. The prominent highlight of the Basilica has a Golden Altar in the centre, a masterpiece of Carolingian Gold work. 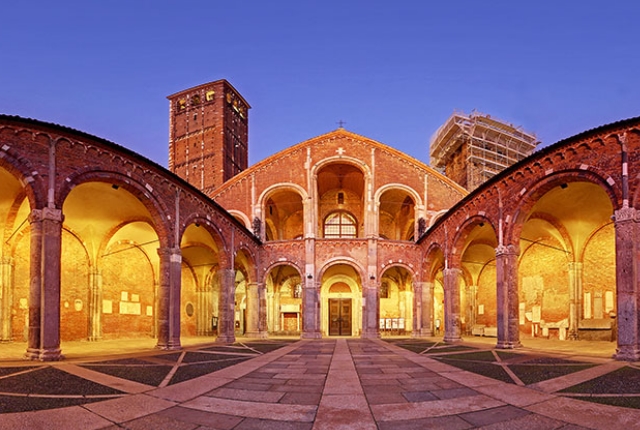 The main public gallery of arts in Milan, it has one of the foremost collections of Italian Paintings.The Collection includes several greatest masterpieces in history. The Place also includes the Brera Library, Astronomic Observatory, the Botanical Garden, Lombard Institute of Science and the Academy of Fine Arts. 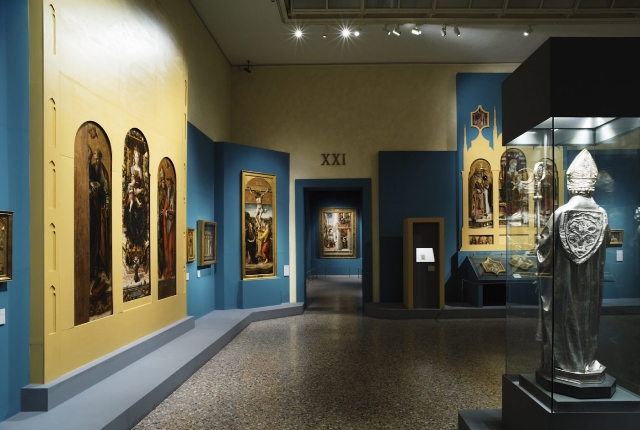 The world famous painting by Leonardo da Vinci is in the convent of Santa Maria delle Grazie. It is Leonardo’s interpretation of the Last Supper of Jesus Christ along with his Apostles. He had painted the back wall of the dining hall at the convent. Although very little of the original painting remains today, various attempts of restoration have been made to preserve the beauty of the original painting. 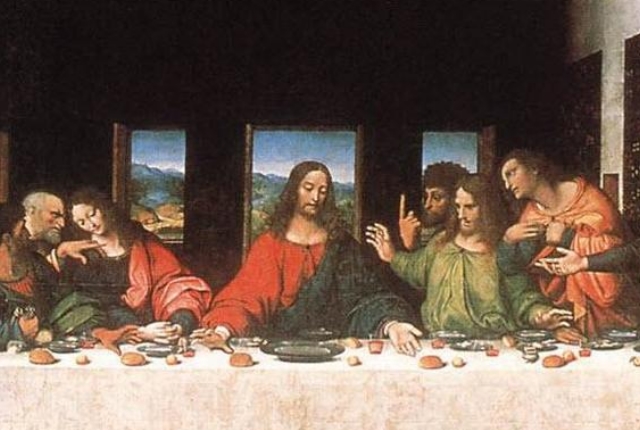 It is the oldest shopping malls of Milan. It is housed within the four Storey double arcade in central Milan. Considered as one of the famous Milanese luxury shopping sites. There are many prestigious brands and label shops, restaurants and cafes. Apart from being a shopping hub, The Galleria has impressive architecture which has always attracted the tourist. It symbolizes Italian unity and self confidence hence you will find plenty of patriotic symbols here. Statues on the facades just below the glass roof of the arcade honor Italian artist and scientist. 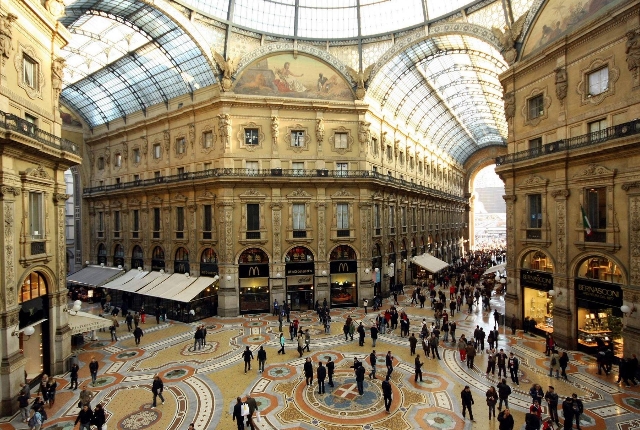 It is a  14th century castle from the Renaissance era. Originally built as the Visconti fortress, it was destroyed and modified by rulers of Milan throughout its history. The castle houses the Museums of Castello which hosts the several artistic masterpieces such as the Last piece by Michelangelo-the unfinished Pieta Rondanini and  the frescoes by Leonardo da Vinci. You can also visit Parco Sempione adjacent to the castle which is the largest city public park. 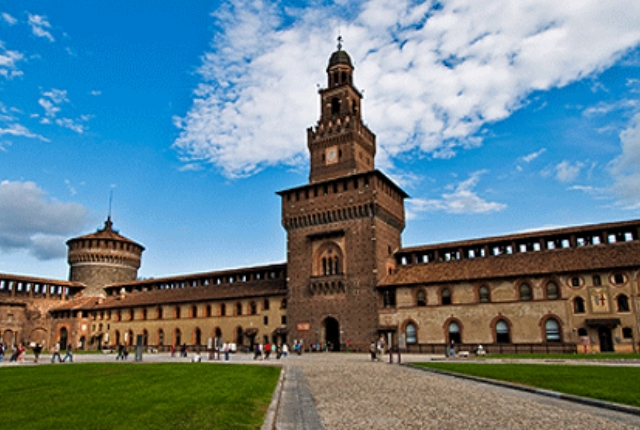 One of the most famous buildings of Europe, an exceptionally large and elaborate Gothic Cathedral. It is also the fifth largest Cathedral of the World. There are around  3,400 statues all carved in Gothic style. Another significance is that the pillars of the Cathedral are built for each week of the year viz. 52 pillars for 52 weeks. The walk on the roof is popular among the visitors. It gives you a roofline view of the statues that overlook the city standing tall on the spires. The tallest spire is 109 meters tall. 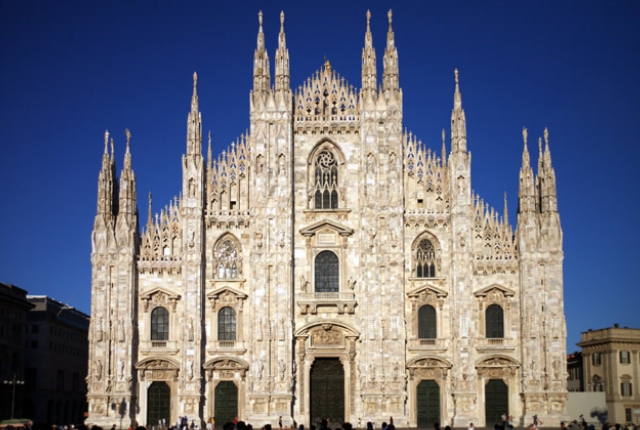