Harbin is the capital and also the largest city in Heilongjiang Province in China. Since the past two centuries the city has been occupied by a variety of people like the Russians, Jews,Buddhists and Japanese. Hence it has evolved to accommodate all these cultures as a part of itself. Also Harbin is known world over for it’s famous Ice Sculptures during it’s annual Ice & Snow festivals.

Here Are 7 Of The Most Fantastic Places To Visit In Harbin:

A one of kind park where tourists from all around the globe come to see the spectacular ice sculptures. The whole place consists of small islands with each of them having their own set of attractions.

The north & west islands have the deer garden, swan lake and the squirrel garden.

The central part of the park is the flower garden which is further split into twelve parts and each one resembles a zodiac sign. The southern and the eastern part is the main spotlight of the place where about 5000 sq-mt land exhibits some of the most bizarre snow sculptures. The island is open from morning 8 to evening 5 and costs about 240 Chinese Yuan per person. 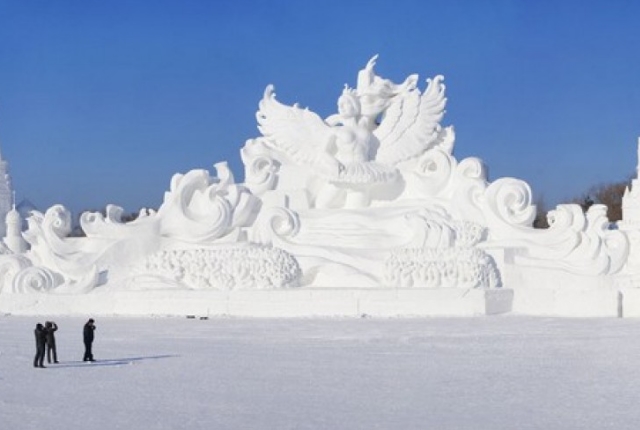 Known as the longest pedestrian street in Asia, the Zhongyang Pedestrian Street is one of the most colorful places in Harbin. Populated with so many different restaurants and markets on either side, it’s an absolute delight to walk as well as shop here. In fact not only shops but one can explore the various architectural buildings too on the street. The place is also known as ‘Eastern Moscow’ since it has a combined Russian and Chinese feel to it. During the annual Ice festival in January the street is lined with a lot of ice sculptures. 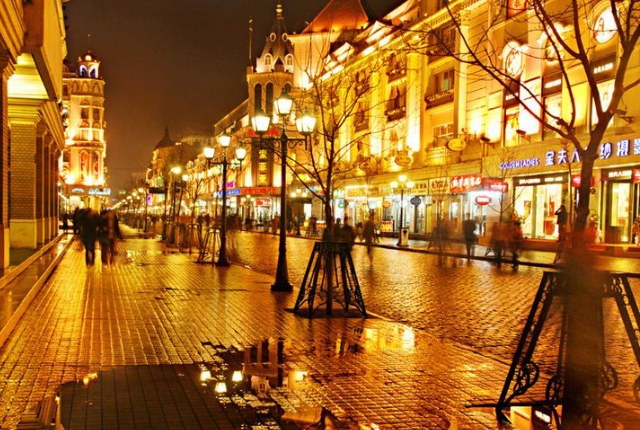 The Harbin Polarland is a unique kind of aquarium which houses all the Polar animals and also allows the visitor to interact with them. They include, polar bears, arctic wolves, sharks, sea lions, and seagulls. One can also watch special performances of trained sea gulls and penguins dancing in the ‘Whale’s bay’ section of the aquarium. The ‘Fisherman’s Wharf’ is a ship where visitors can explore the ship through an old captains log book giving a feel akin to an actual adventure. 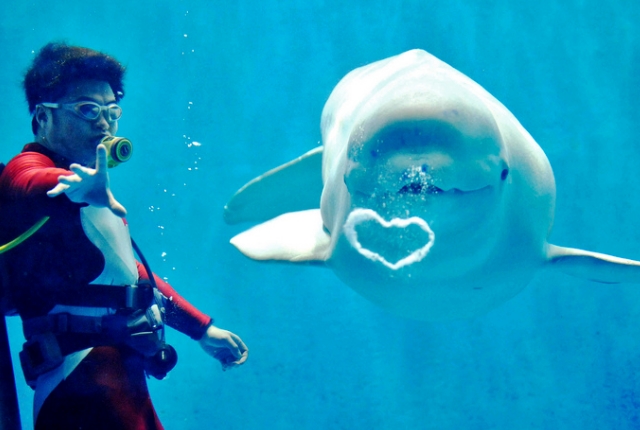 Dedicated to save one of the most ferocious species on the planet the Siberian Tiger Park is the 2nd largest park in the country. This 355 acre large area is home to about 500 tigers of different species such as pure bred Siberian tigers, white tigers as well as some Bengali tigers. There are also some lions, lynx, leopard & black pumas here. The animals here are not caged but roam around freely as they would in their natural habitat and visitors would sit inside a well protected SUV which then drives around the park giving them a tour. 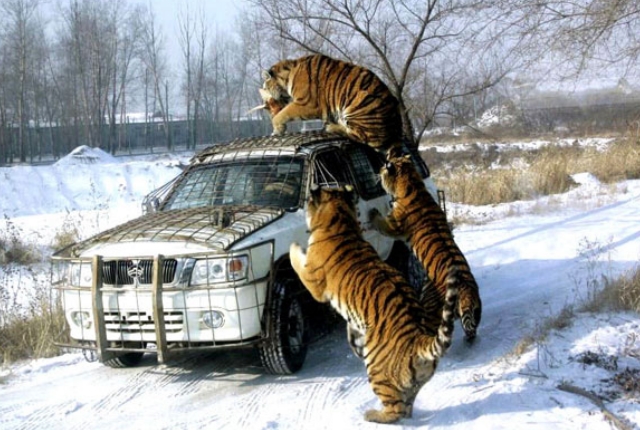 A very futuristic looking and spacious science museum where everyone from kids to adults can kindle & satisfy their curiosity about the workings of various machines and scientific experiments.

The museum offers exciting discounts to students if they carry a valid students ID.

One of the highlights of the place is its huge dome shaped IMAX theater which showcases jaw dropping documentary, scientific & educational films in 4D. Next only to the brilliant Shanghai science museum, the Heilongjiang Science and Technology Museum is surely an unmissable place in Harbin. 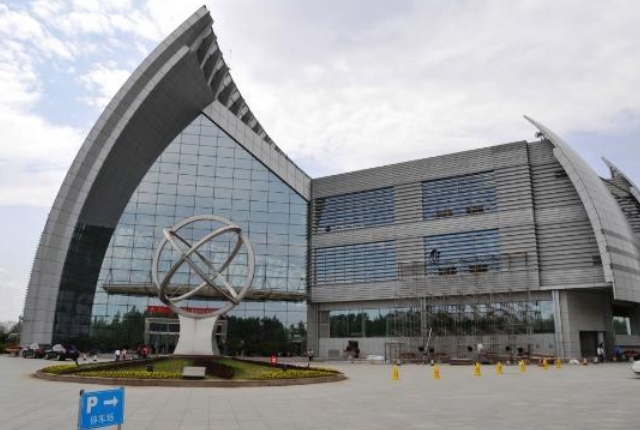 Located slightly outside the city limits the Yuquan town is famous for its ski resorts and attracts a lot of visitors from both within the country and outside. It is surrounded by 17 scenic mountains of the Changbai Mountain Range. The snow here is actually quite soft which makes it an ideal location for beginners who are new to ski sports. With a nominal fee of 30 Chinese Yuan during Summers and 130 Chinese Yuan during winters, it includes everything from equipment to safety gears of high quality. The Yuquan Ski Area is the perfect outing with friends and family. 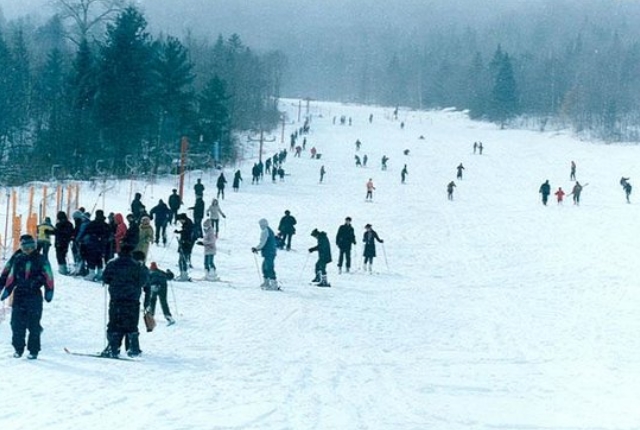 Located in Zhaolin Park the Harbin Ice Light Garden Party showcases the biggest exhibition of ice sculptures using around 1000 cubic feet of ice. Artists, sculptors and craftsmen from more than 10 countries come and contribute their time and efforts in creating amazing Ice Lanterns and sculptures.

Every year during January visitors from china and the world flock in millions to experience this unique festival.

The place is not just home to ice sculptures but also a variety of other art forms like theatrics, Chinese painting, literature, Chinese calligraphy, music and much more. Open from 9 in the morning to 9 in the evening, this party can be enjoyed at a fee of 150 Chinese Yuan per person. 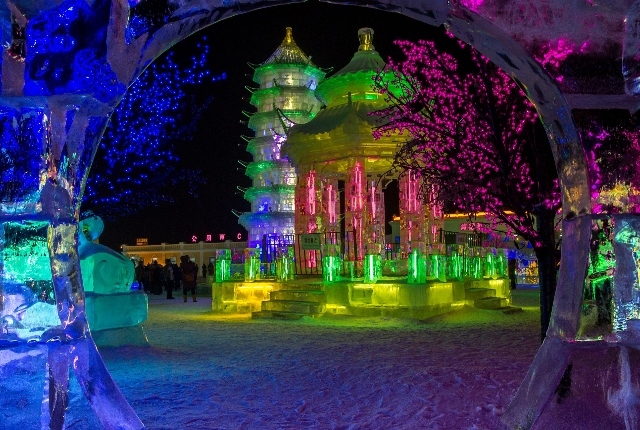