Nepal, a birth place of Lord Buddha, is one of the most peaceful and beautiful country in the world and is also famous for its variety of lip smacking foods and warm hospitality. Nepal is a country of beautiful scenic landscapes with an abundance of both natural and cultural heritage. Nepal is bordered by China to the north and India to the south, east, and west. It is located in the lap of Himalayas and the home to the eight of the world’s tallest mountains including Mount Everest, highest point on Earth. Majority of the population follows Hinduism and Shiva is regarded as the guardian deity of the country.

Nepal draws visitors who come for variety of reasons. Some visitors attract towards Nepal because of its rich cultures and traditions and some are seeking to climb or trek the Himalayas and others come hoping to find some sort of spiritual awakening. Most visitors spend their most of the time in the Kathmandu visiting sacred and historical places of Nepal and popular National parks. Trekkers will also have a variety of options, with the most popular areas being the Everest and Annapurna regions and also, there are many rivers which are suitable for adventure rafting.

So, There Are Many Reasons Which Can Make Nepal A Must Visit Place In The World.so, Here We Have 6 Life-defining Travel Destinations In Nepal:

Pokhara is the second largest city in Nepal and also one of the most popular attraction in the Nepal. It is the starting point for most of the treks in the Annapurna area. The city is surrounded by some of the highest mountains in the world- Dhaulagiri, Manaslu, and Annapurna. For visitors, it is the gateway to the Himalayas.

There is a series of lakes in the city. And there is a cluster of hotels and coffee shops near the lakesides. One can enjoy his coffee by seeing the beautiful scenery of the Annapurna region while sitting on the chair near the lakeside.

People come from other regions of Nepal feel the much cleaner air and pleasant climate. Apart from natural beauty, there are lot of museums which attracts the tourists, the most famous museums of the city are Annapurna Natural History Museum and Gurkha Museums. Annapurna Natural History Museum preserved specimens of flora and fauna and contains considerable collection of the butterflies. Gurkha Museum featuring the history of Gurkha soldiers and also there is a huge collection of ancient tools that was used by the Gurkha Soldiers in the wars. 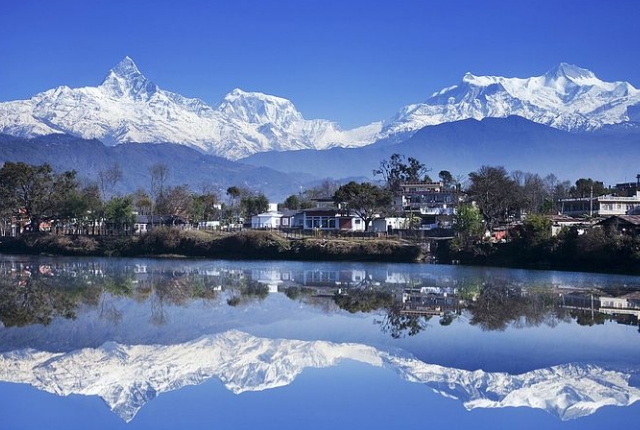 Lumbini is the small town in the south western plane of Nepal. It is the pilgrimage tourist site of Buddhism. This is the birthplace of Lord Buddha. The Maya Devi temple, dedicated to Buddha’s mother, is believed to be the spot where Buddha was born. The area around Lumbini have the remains of many ancient stupas and monasteries.

There is a large stone pillar which was supposed to be founded by the Emperor Ashoka.

It is one of the most peaceful place in Nepal which is suitable for meditation. Many monasteries, monuments, museums and Lumbini research institute come under this holy site. In Museums, They show the video on the life of Lord Buddha. It is the perfect place for history enthusiast people. 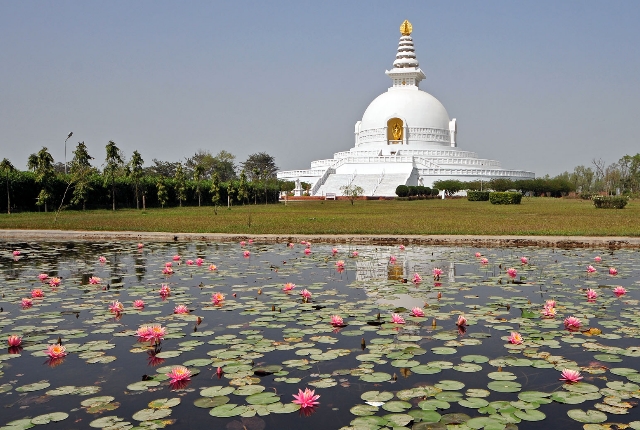 About Two-thirds of trekkers in Nepal visit the Annapurna region. There are plenty of hotels, guest house and restaurants in the region and treks here offers incredibly diverse scenery. The Annapurna peaks are among the world’s most dangerous mountains to climb. 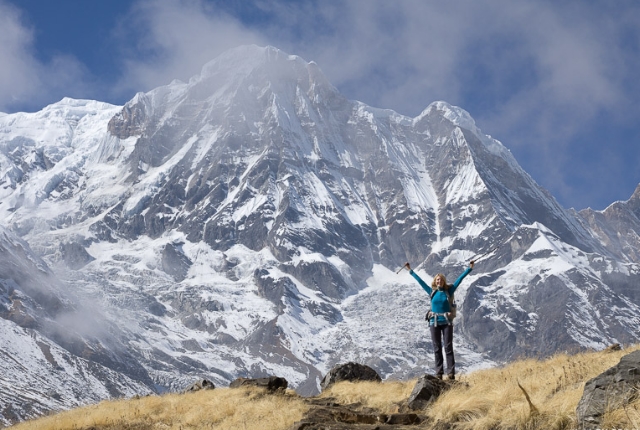 Kathmandu is the capital and largest city of Nepal. Kathmandu is a hub of independent travelers as well as growing vacation spot which can be fixed to all budgets. There are many Hindu temples and monasteries located in the city. One can easily see the influence of Hinduism in the city.

Tourism is a major source of income for most of the people in the city. Hindu and Buddhist pilgrims from all over the world visit Kathmandu’s religious sites such as Pashupatinath, Swayambhunath,Boudhanath and Budhanilkantha.

One of the most famous place in the Kathmandu is Kaiser Mahal. You can relax in this beautiful and peaceful walled garden close to the former Royal palace. It has several expensive bars and cafes. 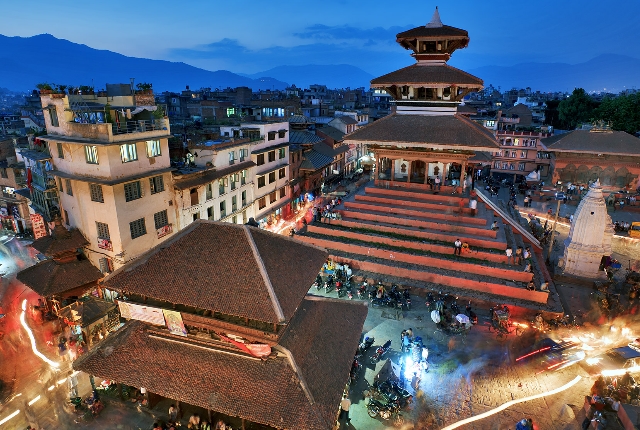 This park is world famous for being home of the extinct species like one horn rhino and also home to many fascinating species like royal Bengal tiger, leopards, Asiatic elephants, the endanger gharial crocodiles, monkeys, 5 types of deers and more than 600 species of birds.

There are lot of things to do inside the national park like jungle walk, elephant safari and swimming in the Rapti River. One can also enjoy elephant bath in the river while sitting on the top of an elephant. There are number of hotels, restaurants and pubs in the parks which are the ideal place to sit and watch the sun go down over the jungle. This can be an awesome experience you can gain if you visit Nepal once in your life. 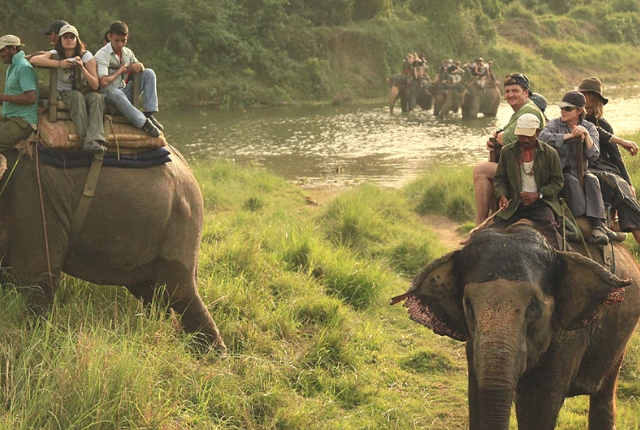 Mt. Everest Is the highest mountain peak in the world and therefore it is not probably possible for everyone to trek or climb the Everest. So, the trek to Everest Base Camp trek shall be enough for the experience of conquering Everest, at least to gain experience and feel satisfy.

The Everest Base Camp trek on the south side is one of the most popular trekking routes in the Himalayas and is visited by thousands of trekkers each year.

Trekkers usually take flight from Kathmandu to Lukla to save time and then a trek through forest and stone walled traditional villages and all the way to the village of Phortse Gaon, one can witness magical peaks of Everest and various other mountain ranges. The journey is full of adventures and also requires high level of fitness. However, it can be the most adventurous tourist spot for any adventure enthusiast person. 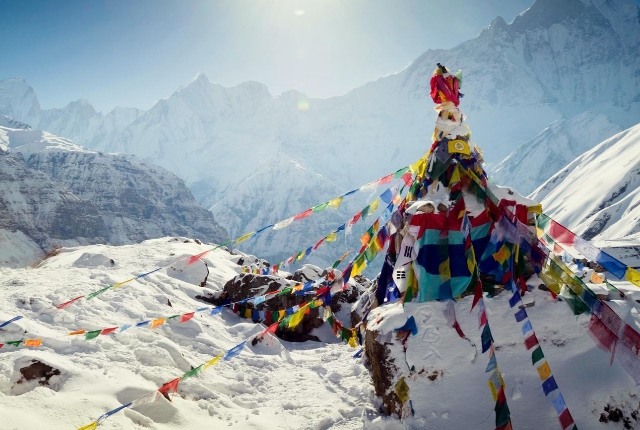