To attract visitors in large number different types of tourism have been introduced by different countries of the world in recent times. Mankind’s fascination to supernatural and ghost is very old. For this reason there is no shortage of accounts related to ghost encounter and supernatural happening in different cities around the world. That is why haunted or ghost tourism is famous in those places. If you feel fascinated by such things you can visit such places around the world. Here is a list.

Here Are 5 Most Haunted Cities In The World That Can Terrify You:

It is very difficult to rate a city in first place according to haunting accounts or supernatural happenings. But it is certain that New Orleans has plenty of places with background of supernatural happenings or ghost sightings. It is an almost three hundred years old city that was mostly developed by the people from France.

The French Quarter has old houses, mansions, hotels with garish background which are said to be extremely haunted. People say that these are frequently visited by ghosts of dead men and women who were either murdered or hideously tortured. Similarly the unique cemeteries of the city which have hundreds of graves are said to be places where uncanny things are frequently encountered. The city for this reason has a very famous ghost tour for tourists around the world. 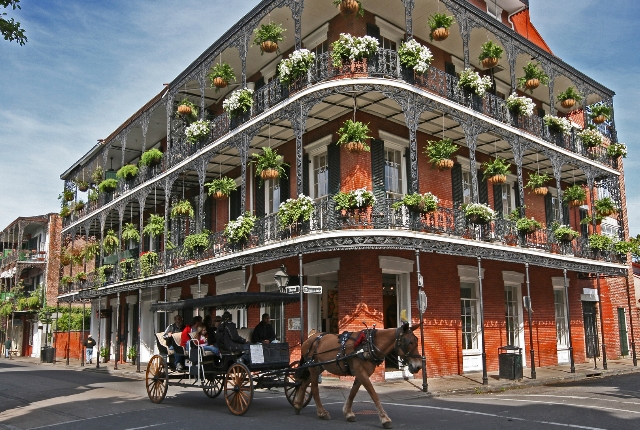 Rome is one of the places that can be called one of the cradle of civilization. The capital of Roman world is very old and lots of battles, deaths, murders, executions had happened here. There are certain places which are said to be most haunted around this famous city. Rome has some underground tunnels or catacombs that according to people places where spirits of unfortunate people made alive to get lost and ultimately vanish without a trace.

Besides there are some museums in the city like Museums of Criminology etc which are famous for haunting. Such a place is Crypt of Capuchins which is built with thousands of bones of dead monks. The famous Colosseum is also a place where ghosts of executed and dead people roam at night. The bridge of Sant Angelo where the ghost of a lady named Beatrice appears every year 11th September is another renowned haunted spot. The lady ghost does not have her head on the body. Her head is seen in her hands. 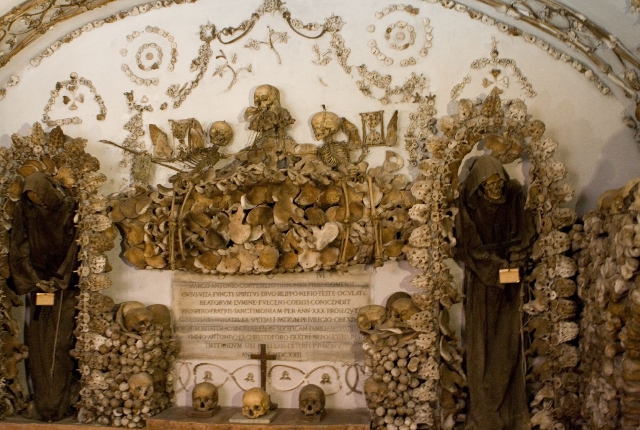 Prague like Rome is another very fakous historic place of the world that has many olorful ghost stories and accounts of supernatural happenings. At the dead of night the old parts of Prague with cobblestone streets are said to come alive with dead people. Some famous ghosts peoole have said to encounter at midnight time Prague are the mad barber who is said to be beaten to death, the headless knight and the skeleton of a poor youngman who begs particularly to alcoholics.

In the northern part of city there is a famous tourist place. it is the Houska castle. Legend has that during WW2 the Nazis had conducted supernatural experiments here. Those experiments opened the gates of hell. People believe that Houska is one of the doors of hell on earth. 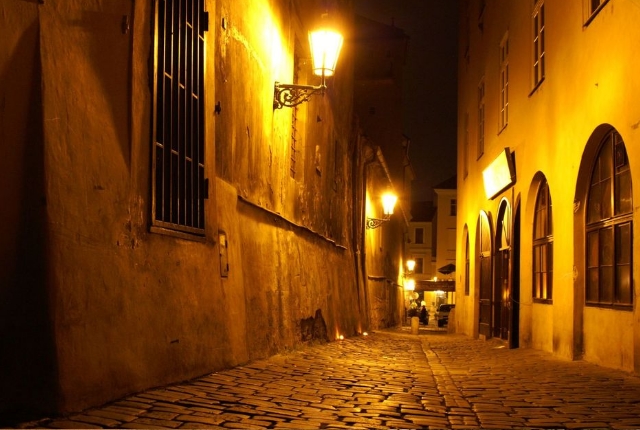 Tokyo, one of the famous cities of Asia has accounts of ghost haunting connected to its own Japanese culture, Samurai is  one of the most famous elements of Jana’s culture. The last resting place of Samurai Masakado is situated in Tokyo. This samurai was a rebel. That was why he was executed by his masters. It is said that this man was alive for some periods even after his death. People say that in past whoever tried to disturb his grave had died mysterious deaths.

Another haunted site is Toyama park where former army medical college of imperial Japan was located. Human remains are said to be unearthed here still. People claim to hear disembodied voices and cries here during night. The Akasak Mansion hotel of Tokyo is said to be residence of a violent poltergeist type ghost that attack people. Besides there is Oiwa shrine that belongs to the legendary woman Oiwa Tamiya whose ghost is said to harm people particularly artists who do not pay a tribute to her before accomplishing any artistic endeavor. 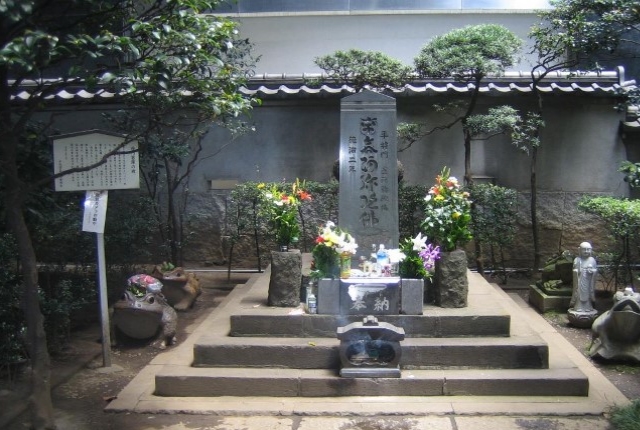 Kolmanskop was a sufficiently prosperous mining town or city that was situated in the Namib desert of Africa. It was founded by German miners after diamond was discovered here. But in the middle of last century the city was abandoned as the mine became dry. Who failed to leave the town died miserably in the inhospitable climate of the desert.

Now people claim that spirits of those unfortunate miners haunt whatever left of that town. Some years ago a TV production crew had recorded some mysterious whispering like sound on their equipment here. This town is a famous tourist spot in Namibia that is located near Luderitz. 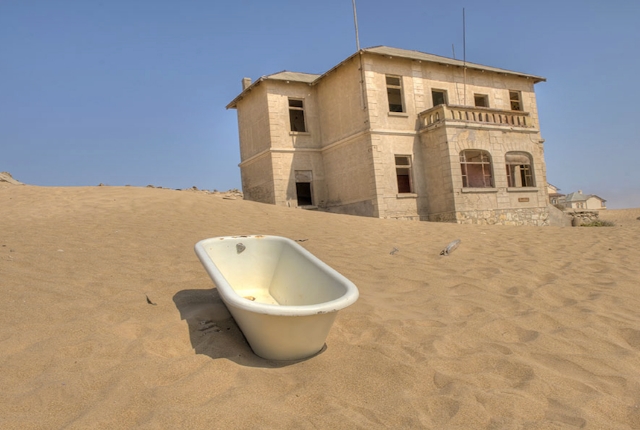