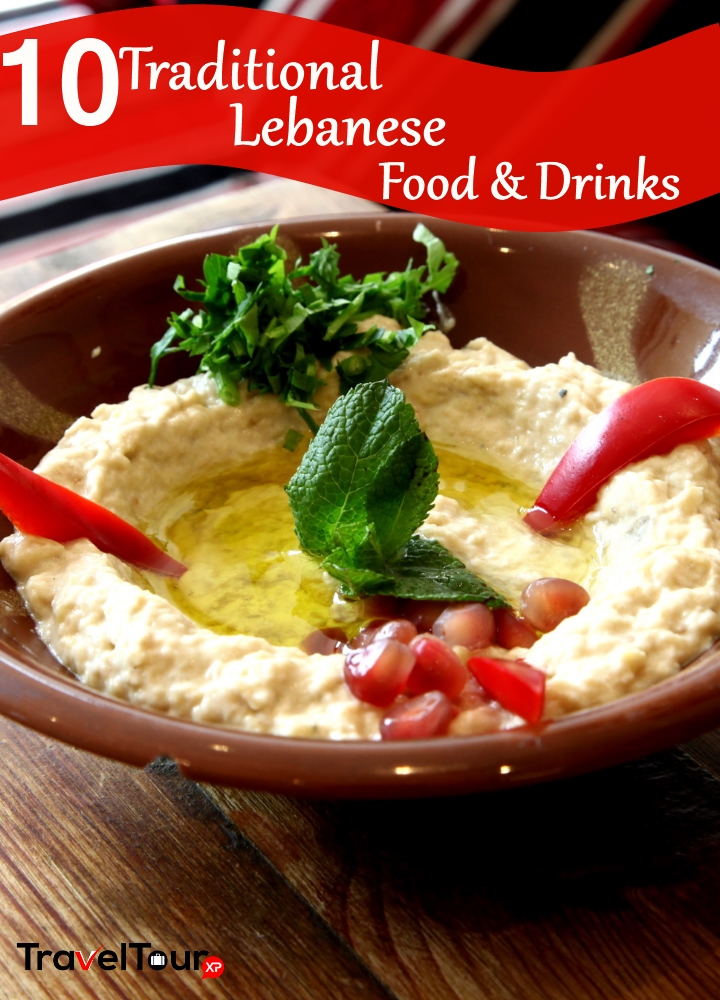 Lebanese kitchen is known for its extremely flavorful dishes and for the variety of spices they use. Lebanese mezze is quite popular among people outside Lebanon for the plethora of small savory dishes served with authentic Lebanese khebbez (pita bread), a real treat one should have. If you have started loving the flavorful Lebanese cuisine and want to know more about their traditional dishes, here is a list of ten most popular and delicious dishes you should try in a Lebanese restaurant in or outside Lebanon.

Hummus is a popular creamy Lebanese dish made from chickpeas, tahini sauce, lemon juice, olive oil and garlic. It is nutritious, very much satisfying and remarkable in taste. It is a common homemade dip or appetizer, which is served with a platter of fresh vegetables or bread such as pita bread in Lebanese cuisine. It is also served as an accompaniment along with grilled chicken, eggplant, fish or falafel. It is available in many supermarkets outside Middle-East. 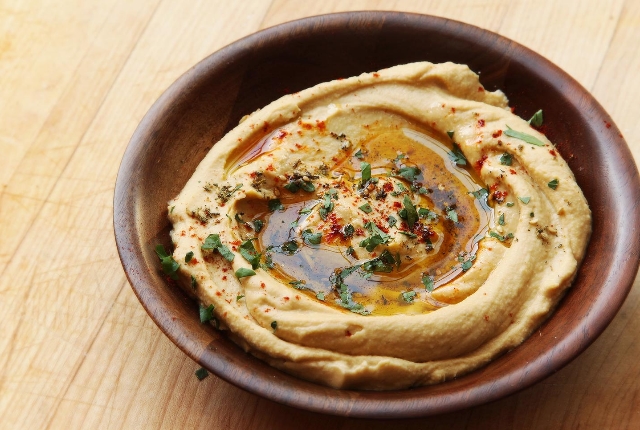 Tabbouleh is a wholesome vegetarian salad made by combining bulgur, tomatoes, onions, mint, parsley and garlic and seasoned with olive oil, lemon juice, and salt. It was a part of the mezze palate traditionally, but now it has become a popular middle-eastern food representing their culture. It is such a tempting dish that you might shift to vegetarian diet if you start consuming it regularly. It is often served with chicken shawarma or shish taouk. 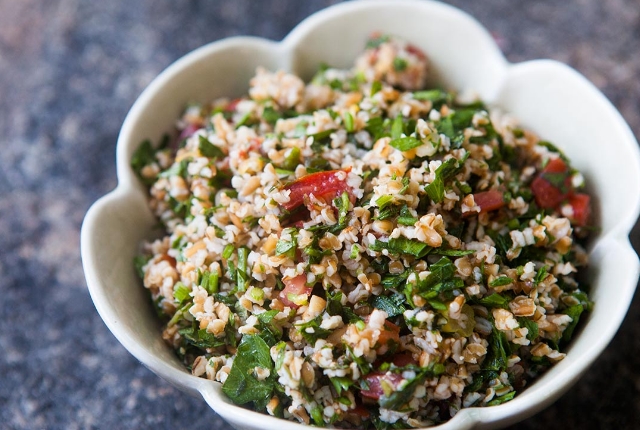 Kibbeh nayyeh is a rustic dish that has been a part of the mezze. It is a festive food made using minced lamb, cracked bulgur wheat and a lot of spices. The specialty of the dish is the use of fresh ground meat, but it is so flavorful that you will never find out you are eating raw meat. It is drizzled with mint and olive oil and served along with bread and tomatoes. 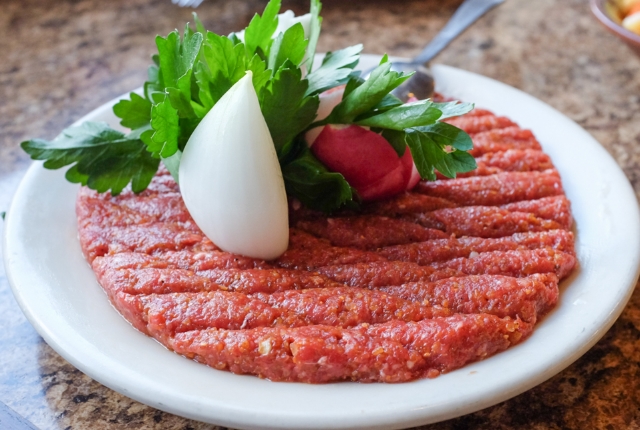 Baklava is one of the popular desserts made from phyllo dough, nuts (cashews, almonds, pine nuts, walnut and pistachios) and steeped in syrup of rose water, orange blossom water, sugar and water. Baklava is cut into different shapes like square, diamond, rectangular and triangular. Tripoli city in Lebanon is quite famous for baklava products. The exact origin of this scrumptious delicacy remains divisive even today. Many ethnic groups like Turkish, Middle Easterners and Greek claim it to be their own and also prepare this dessert in their own way. 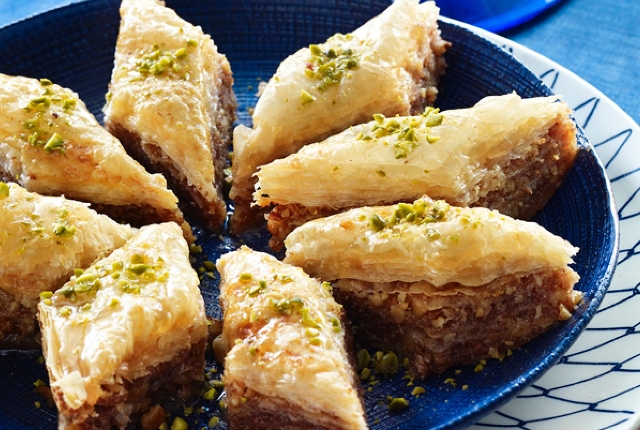 Manakeesh is made of flatbread, which is covered with a variety of toppings and a popular dish of Lebanon. Zaatar manakeesh is a common variety, which is spread with various aromatic ingredients like wild thyme, sesame seeds, olive oil, and culinary sumac before baking it. These breads are eaten for lunch or breakfast. Many communities in Lebanon have bakeries that specialize in this dish. Besides zaatar, minced meat and cheese are other common toppings used. 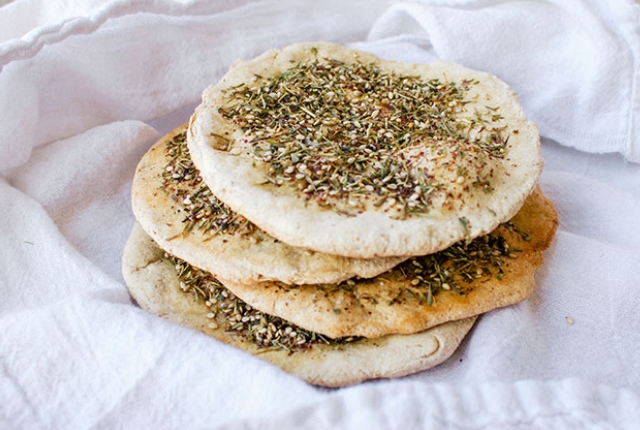 This classic Lebanese salad belongs to the family of foods known as fattat that use flatbread as the base. It is made with crispy toasted flatbread and vegetables like tomatoes, radish, cucumber, and purslane. The salad is soaked in flavorsome dressing. The lebanese recipe is light and packed with freshness. Generally, it is served as a side dish along with grilled meats. 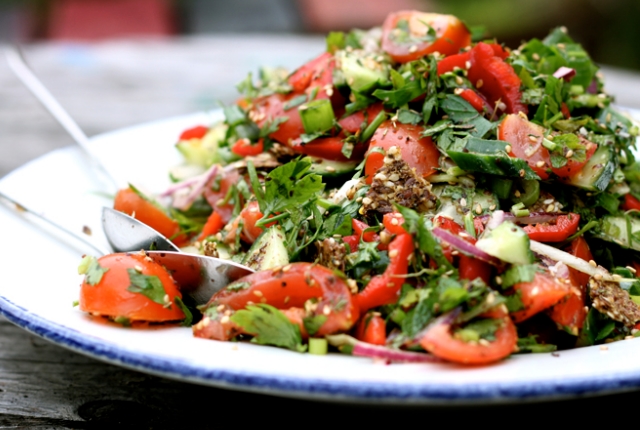 This was originally a peasant food, but later developed into a national dish. Now, it is also a popular Lebanese street food and in restaurants it is served as a mezze. The fava beans used in the preparation is available in various types like small, large and middle-sized, which is all used to make Ful Meddamas. These flavorful beans are a welcome treat to your taste buds. 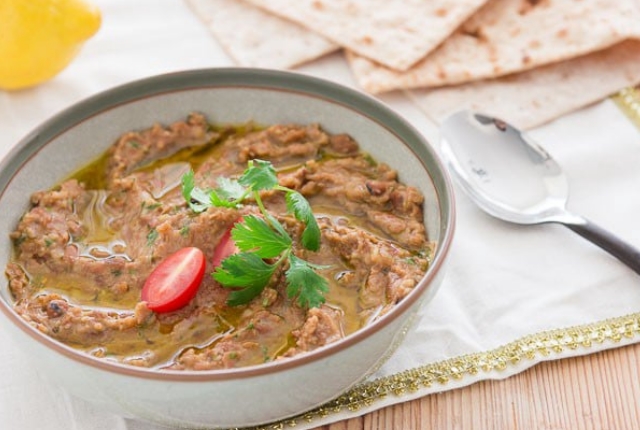 Arak is a colorless, unsweetened, flavorful Lebanese alcoholic drink made by distillation of grape alcohol and aniseed. Traditionally, arak is mixed with water in 1:2 ratios and consumed in ice filled cups. Nowadays, arak cocktails are made by mixing arak with ginger ale, orange juice, green tea, grapefruit juice, etc. 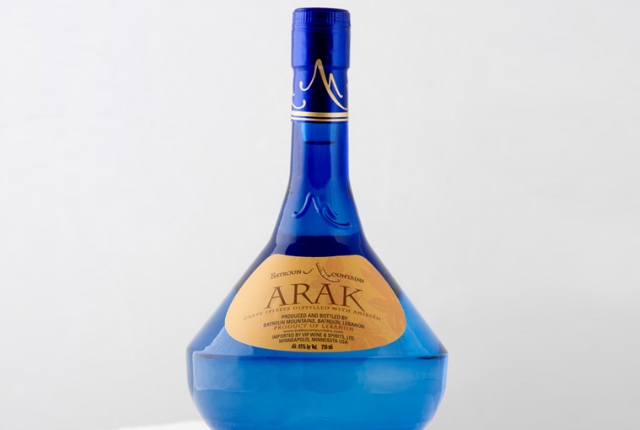 Aryan is a super refreshing yogurt drink in the middle-east, especially Lebanon. It is a sugar free drink made by combining fresh curd with milk, finely chopped garlic and salt. When served with chilled ice on a hot summer day, the soothing flavors of the ingredients are just amazing and out of the world. 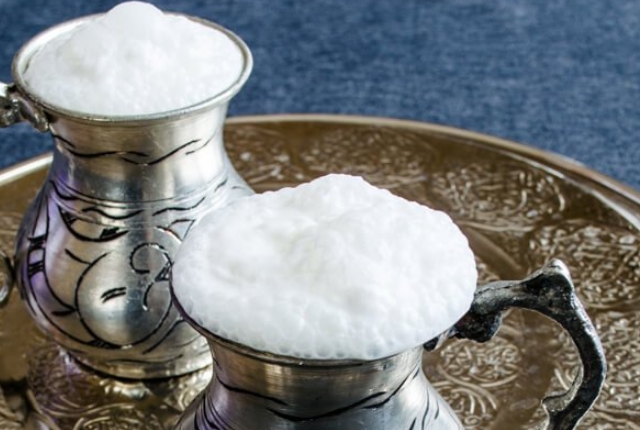 Jallab is the drink associated with lazy, hot summer days! This popular drink is made by diluting the syrup prepared from dates, rose water and grape molasses along with water. This refreshingly sweet drink is served in tall glasses with crushed ice. Jallab is topped with nuts like pine nuts and also golden raisins. As it is made with dates, the drink is one of preferred choices for iftars during the month of Ramadan. 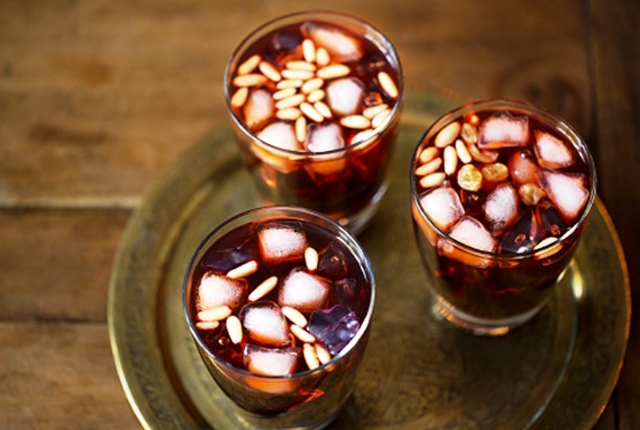