Miami’s best-known South Beach is an architectural treasure with more than 800 examples of art deco buildings. Amongst which most were built in the years that followed a shattering hurricane, which ruined the city in 1926. The Art Deco District is just one-square mile, with some great buildings that overlook the beach on Ocean Drive, making it so easy to travel around.

Check Out The 5 Most Favourite Art Deco Buildings In Miami:

Where: 2100 Collins Avenue
The Bass Museum is one of the best and most delicate examples of Art Deco Buildings on the list. It was built in 1930 to have room for the Miami Beach Public Library and Arts Centre. Designed by architect Russel Pancoast, the museum has also one-of-a-kind cover-up created from fossilized paleolithic coral. It stands out as an epitome of Miami Beach architecture and as a striking edifice for more than 86 years. With intricate carvings, like pelican eating a fish, cruise ships, boats and planes it clearly portrays the Spanish conquest. 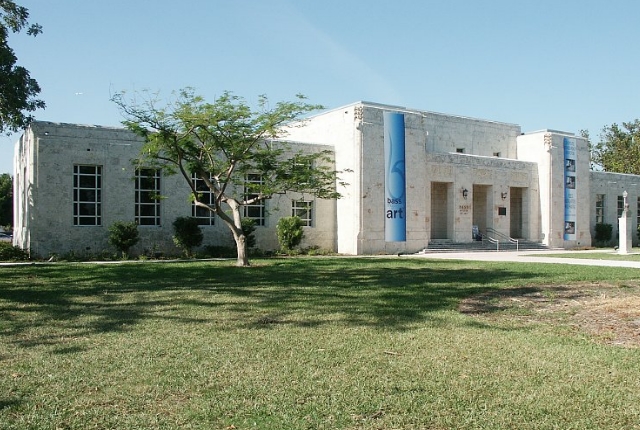 2. The McAlpin by L. Murray Dixon

Where: 1424 Ocean Drive
The iconic McAlpin, a part of Hilton Grand Vacation Club now is one of the most celebrated and most-clicked buildings in the South Beach district. It’s certainly one of the perfect examples of Art Deco style buildings in Miami. The skin-tone of the structure is absolutely symmetrical, with lines that show off across the length and width of the building. Dixon finishes off McAlpin with a pretty pastel palette of pink and turquoise and brilliantly stylized signage. 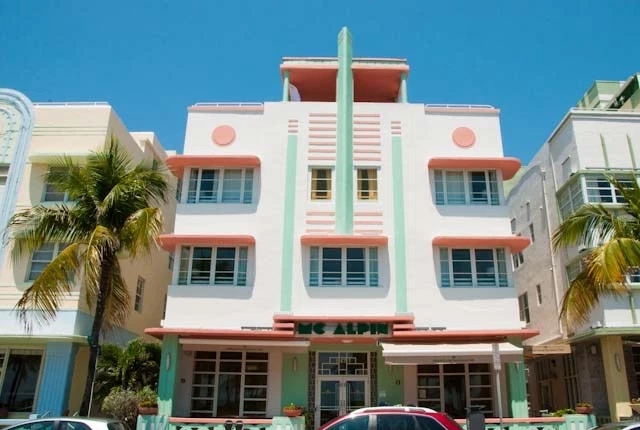 3. The Breakwater by Anton Skislewicz

Where: 940 Ocean Drive
This central towering, neon-lit façade hotel resort is the most stylish Art Deco Building in South Beach. Its emphasis on symmetry by designer Anton Skislewicz and the added light up feature makes it most promising Art Deco making it one of the jewels of Ocean Drive. Built in 1936, this 99-room boutique hotel was recently renovated in 1999. As the most renowned building of Ocean Drive, it is in close vicinity to Lummus Park. 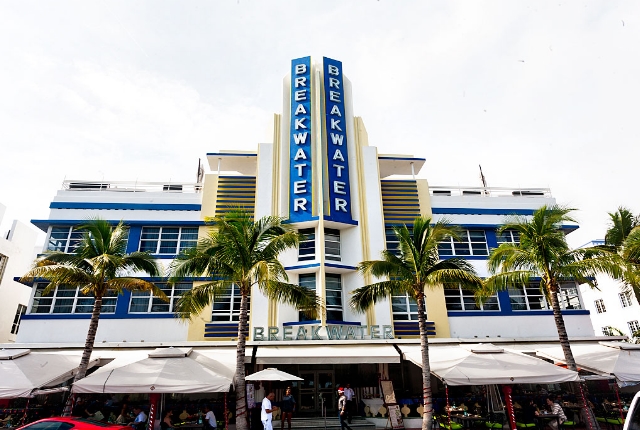 Where: 1040 Lincoln Road
In 1935, the Colony Theatre was built for Paramount theatres. This Art Deco gem is lovely both inside and out. The marquee and façade of the building is well maintained. The ticket box is ideally restored. The pristine terrazzo flooring, the bold lines and the geometric patterns stands apart. Designed by R.A.Benjamin, it’s located at the heart of Lenox Avenue on Lincoln Road. The much-loved 430-seat theatre is an arts centre and a hot spot in the neighbourhood hub. 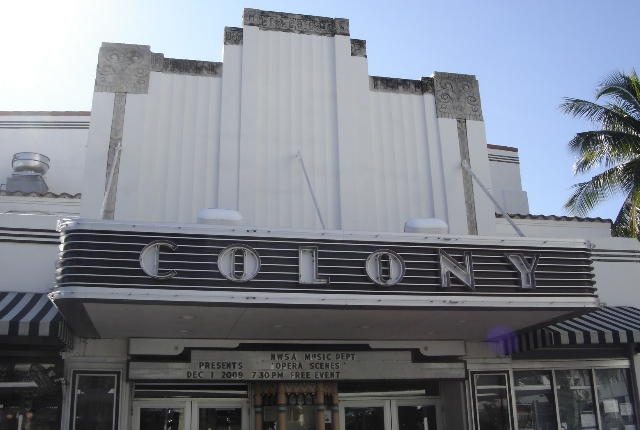 5. The Carlyle by Kiehnel & Elliot

Where: 1250 Ocean Drive
The Carlyle remains special as the most recognizable structures of the Ocean Drive. Built in 1941, this hotel is a perfect example of a standard Art Deco style adhering to number of qualities, like its three dividing vertical sections, the rule of thirds and the step tops that cap them. It also sports a characteristic colour palette of sea foam green and white. Thus, it’s significantly more exotic and intricate for its colour ways that are found in buildings such as, the Pelican or the Berkeley. For more than 75 years, the hotel is providing its façade to movies, like Scarface, Bad Boys 2, and most notably, for 1996’s The Birdcage. 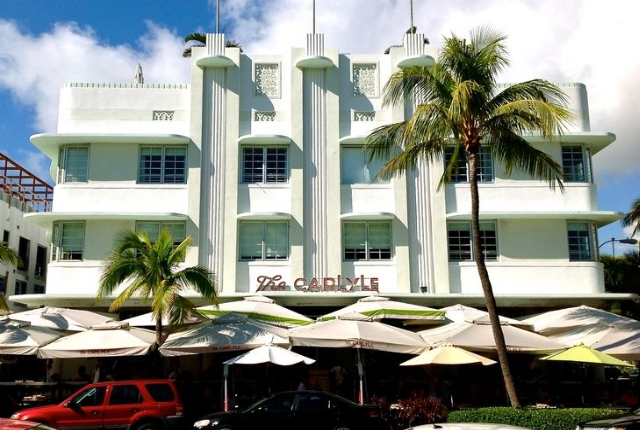