Honolulu is the capital city of the US State of Hawaii. This city is famed for its friendly locals, sandy beaches and fresh seafood. The best time to visit this stunning city is between September and November. There are numerous interesting things to do in this culture rich, urban hub. To discover some of the fabulous things one can do in this charming city, read on.

Here Are 10 Interesting Things To Do In Honolulu:

1. Examine The Exhibits At Bishop Museum:

Bishop Museum, or the Bernice Pauahi Bishop Museum, is the largest museum in Hawaii. Bishop Museum which qualifies as a must visit destination in Honolulu, is dedicated to preserving the rich natural hitory and culture of this island. The museum was established in 1889. This museum is situated in the historic Kalihi district. Bishop museum has been involved in biological and ethnological research of the Pacific islands and Hawaii for well over 100 years. The 24 million cultural, historic and natural artifacts which are stored at Bishop Museum, has transformed this place into one of the leading repositories of knowledge, encompassing the entire Pacific basin. A visit to this museum affords visitors the unique opportunity, to explore a mind boggling array of topics through the beautifully preserved exhibits. 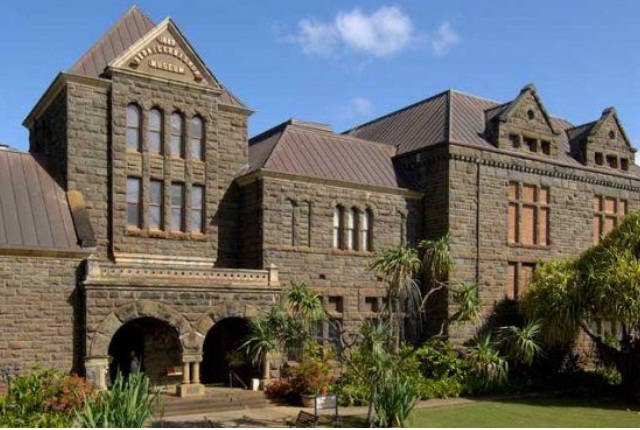 Lolani Palace was the official residence of the last rulers of the Kingdom of Hawaii i.e. King Kalakaua, and his sister and successor Queen Liliuokalani. The architecture of this opulent palace has been heavily inspired by European architectural styles. Over the decades, Lolani Palace has served as the executive building to the new republic, a makeshift prison which held the last monarch, the capital to a land in transition, the Governor’s official residence and now finally as a much revered National Historic Landmark. Today, this sympathetically restored royal residence, acts as a museum which gives visitors an insight into royal life through its numerous exhibits. The extensive and beautifully landscaped palace ground also holds much allure to visitors. 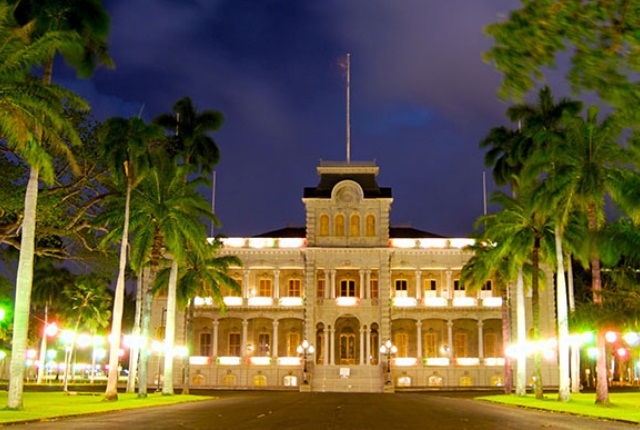 Diamond Head is one of the most recognized natural icons of Hawaii. Diamond Head is a massive volcanic tuff cone. The extensive ridge line of this volcano resembles the dorsal fin of a tuna hence it is called Le’ahi by the locals (‘lae’ means promontory and ‘ahi’ stands for tuna). Diamond Head State Monument covers nearly 475 acres of land. The winding trail to the top of the crater was constructed in 1908. Over the last century, millions of hardy souls have hiked up this beautiful trail to reach the zenith of the crater. At the summit tourists can enjoy breathtaking views of the surrounding countryside and the azure blue waters of the ocean. 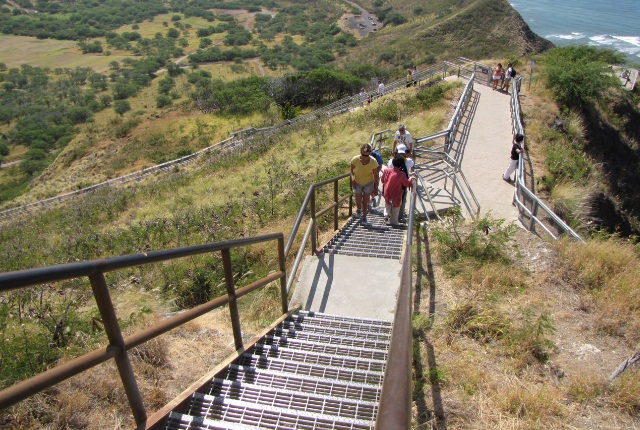 This 42 acre zoo is located in Queen Kapi’olani Park between Diamond Head and Waikiki. In 1947 a portion of the Kapi’olani Park was designated the Honolulu Zoo. The origins of the modern zoo as we see its today, was established in 1984. This zoo shares its space with a fantastic Tropical Zoological Garden. Some of the top exhibits at this zoo include black rhinoceros, klipspringer, Fennec fox, Indian elephant, white handed gibbon, silver eared Mesia, Renauld’s Ground Cuckoo, American flamingo, Nile monitor, smoky jungle frog and mangrove monitor lizard. The zoo gardens showcase numerous plant species which are either native to this island or hold specific importance to Polynesian cultures. 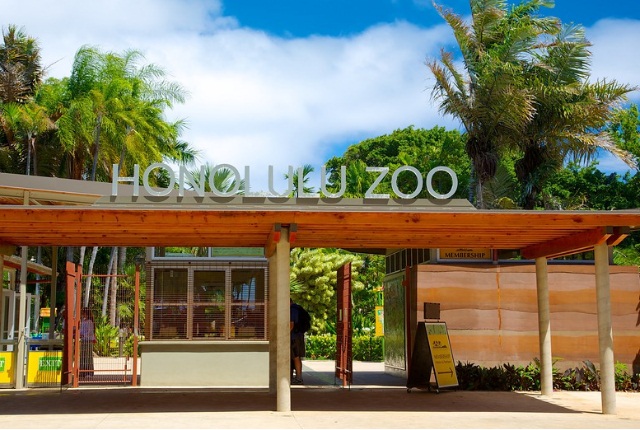 In the surprise attacks launched by the Japanese Naval Forces on Pearl Harbor on December 7, 1941, nearly 1,177 American crewmen lost their lives. This monument was borne out of a desire to commemorate the lives of these heroic souls who laid down their lives in this brutal attack. The USS Arizona Memorial is built atop the remains of the sunken American naval ship the USS Arizona. The trip to this memorial begins with 23 minute documentary film. Visitors then board a US Navy operated boat, which takes them to the memorial. The USS Arizona Memorial attracts nearly 1.8 million visitors every single year. 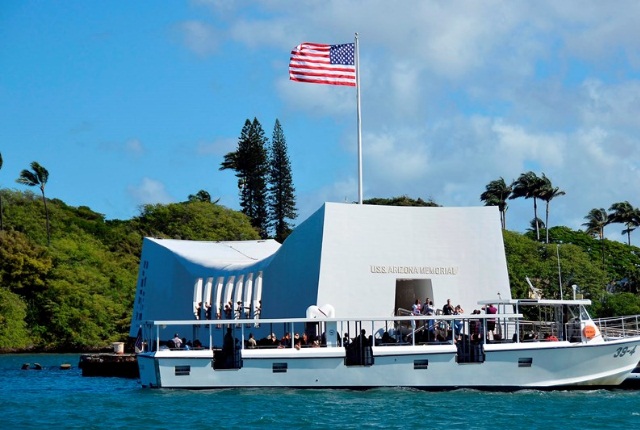 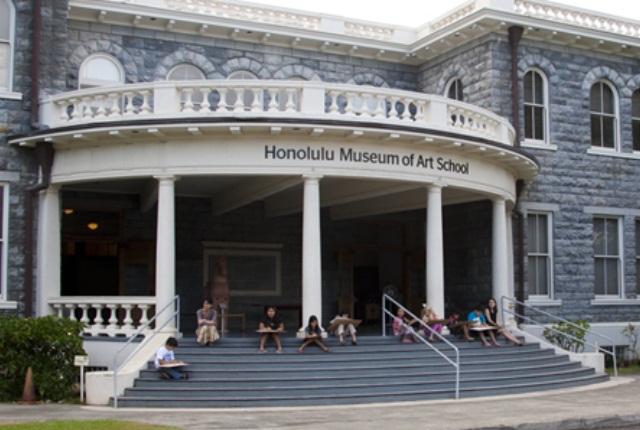 Hanauma Bay is located in east Honolulu. This secluded cove was once a volcanic crater. Hanauma Bay is one of the top tourist attractions of the capital city. The clear waters of Hanauma Bay are home to many colorful species of fish. Snorkeling and swimming are popular activities at Hanauma Bay. Diving, kayaking and stand up paddle boarding are other adventure activities which one can enjoy here. 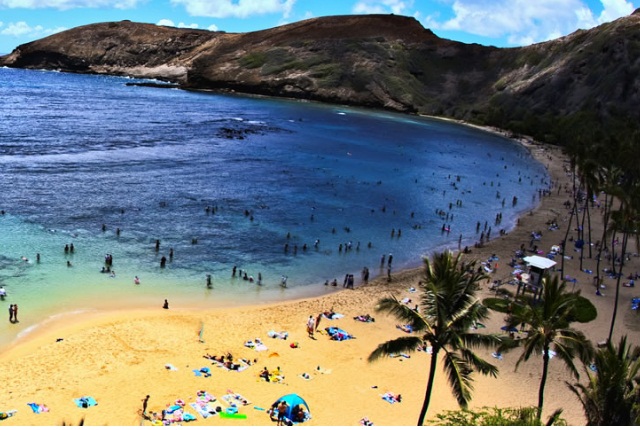 To enjoy some of the most scenic views of the capital city, head to Nu’uanu Pali, a section of the windward cliff of the lofty Ko’olau Mountain. Nu’uanu Pali is situated approximately 5 miles from the capital city on the south east portion of the island. To reach the top of Nu’uanu Pali you have to drive through a dense forest. The lookout point is at the end of a short paved walkway. From here you can get panoramic views of Olamana, Kailua, Koolau golf course, Pali golf course, Kapaa Quarry and Kaneohe Marine Corps Air Station.

9. Take A Stroll Through Chinatown:

Chinatown, an incredible warren of eateries, galleries and shops, is located in the western edge of the capital city’s financial district. Chinatown is home to one of the oldest Chinese settlements in US of A. Strolling through the labyrinthine streets of Chinatown is a novel way to discover this vibrant section of Honolulu. Chinatown Cultural Plaza, Ong King Art Center and Kuan Yin Temple are some of the must visit sites here. 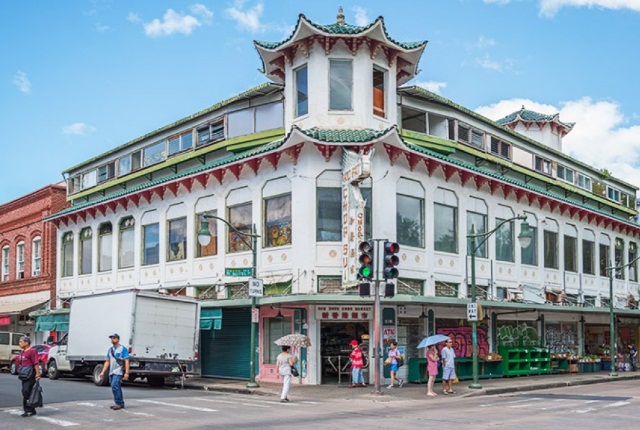 9. Spend Some Quiet Time At National Memorial Cemetery Of The Pacific:

This is one of the notable landmarks of the capital city. National Memorial Cemetery of the Pacific is situated in Punchbowl Crater. The cemetery was inaugurated on July 19th, 1949. This site is spread over 112.5 acres. This site is the final resting place of 25,000 brave soldiers who laid down their lives while protecting the nation during World War II, the Vietnam War and Korean War. This serene and moving locale also affords visitors some of the best views of the capital city. 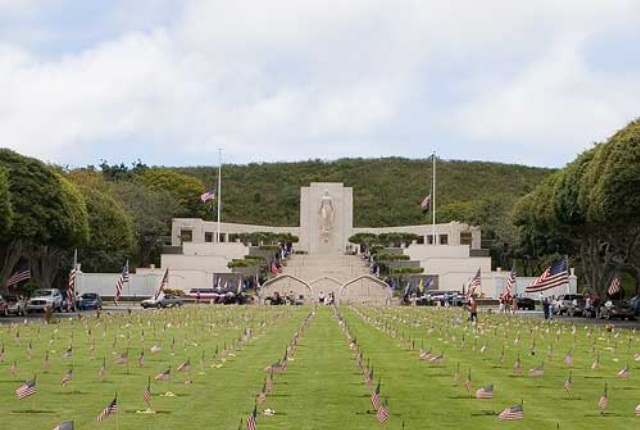