It is modern world where the pace sets the competition and decides the future. Call it competition or the essence of luxury, that today the world has got numerous not five but seven star hotel in the whole world. Here in these hotels, the luxury is on top and facilities and other services following up. Stepping here is like entering in modern heaven. Don’t you want to know about such hotel? Who knows if it becomes your inspiration and your motive to succeed in every task ahead? Do go through these and seven star hotels and is possible try to make their creator’s and designer’s work your zeal.

Top 7 Star Hotels In The World:

First opened in the year 1999, this hotel having 205 guest accommodation with 70 floors stands on a manmade island.

The hotel lies in water and is linked to the main island by a private bridge to the jumeirah beach. From the look of the hotel, one might think of the Arabian ship. You might want to know about its most expensive suit which is royal Suite costing around $19,000 per night. There is no need to talk about its facilities because as obvious they are outwardly and the finest. 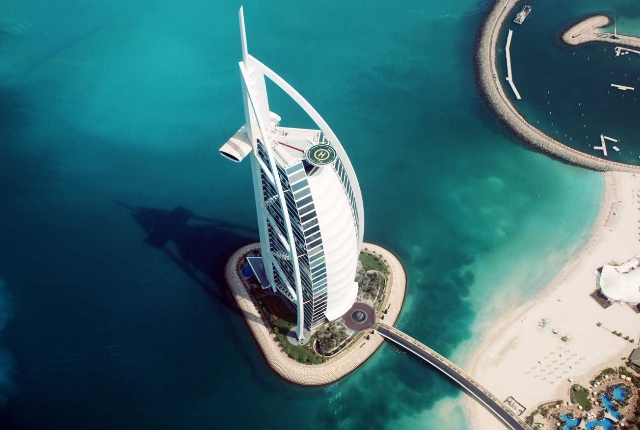 In terms of luxury and prosperity both, this hotel is one of the the finest 7 star hotel in the whole world. The hotel got the title of “Seven Star” by a recognized private inspection company known as SGS. Although it has only 20 suites designed with about 500 plus rooms but all of them are designed to be world-class. Bathed in elegance, the hotel from its staff to the guest all convey the same message of luxury and prosperity. 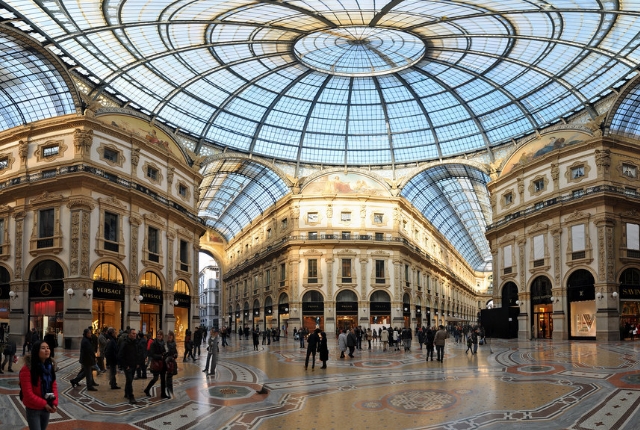 This hotel has a unique designed architecture. Also called as “Pangu 7 Star Hotel”, this 7 star hotel has the 1st biggest library in china and fourth of its kind in the whole world nearby. This Chinese hotel has multiple buildings sharing the great city view of Beijing.

On the first block of the campus, is located the hotel in which there exists two pavilions, an extended corridor, a temple and a Japanese style restaurants.

As all know that dragon is the aspiration of Chinese, this hotel is also made in the shape of dragon. The only thing that becomes its drawback is its average English speaking capacity of the employees but their friendly nature and dedicating service soon overcomes the drawback. 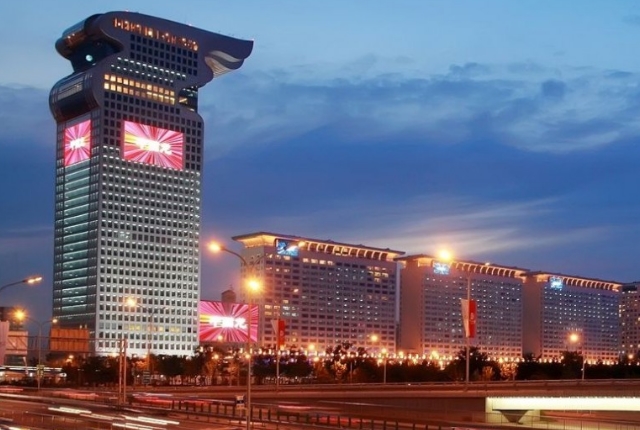 4. The Flower Of The East, Kish Island, Iran

This beautiful seven star hotel is considered to be the landmark of Iran. The hotel is really in the shape of the flower and is supposed to feature upscale yatch harbor, residential complexes, hotels, marina, malls, condominiums and the golf clubs. The architecture is truly Persian style which is considered the finest and the most innovative in the whole world, luxurious at the same time. In the shape of a flower, this hotel has more than 200 spacious rooms for the guests. 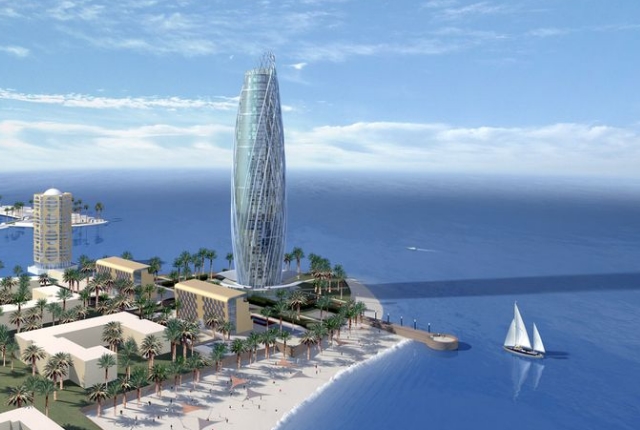 Another landmark of Dubai is huge in terms of luxury and prosperity both. The Tameer Tower project was expected to be completed by 2015 but it is still on hold. With more than 73 floors, there are more than 150+ executive rooms and about 73 stories. Tameer tower as one of the biggest project has already drawn several eyes and bookings. What’s left is to fulfill those dreams of enjoying its luxury and topnotch service. 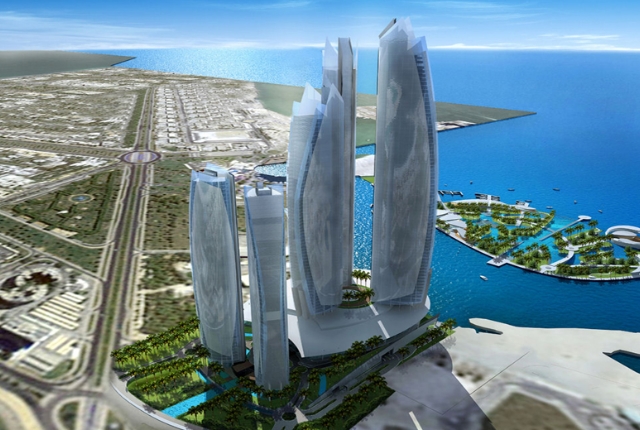 It is amazing, it is unique, is the superlative, no matter how much one says about this hotel always falls less. This is one such hotel that introduces us to nature in its most luxurious form. Full Moon is 35 story luxury hotel with about 382 luxury rooms. Who would have thought that such innovative minds exists among us? The hotel is constructed to showcase the prosperity of the oil rich Azerbaijan of Dubai. 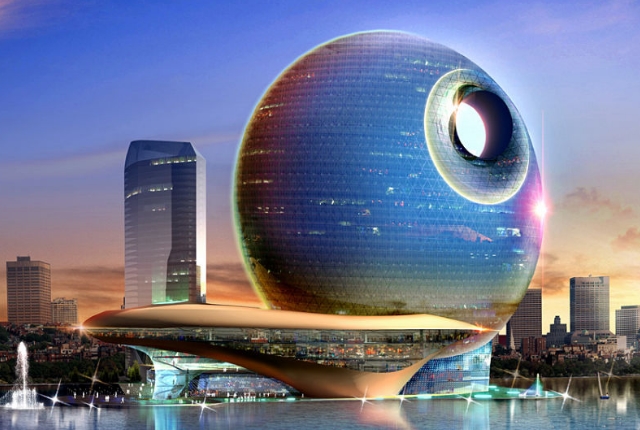 You will be amazed to know that this is the most luxurious and the biggest till date project in Pakistan. This is the hotel that has brought Pakistan in the international traveler map. The hotel consists of residential apartment, corporate office and 3 skyscrapers. What no one could do is done by Pakistan as this hotel is made to withstand earthquake of magnitude 9.5 Richter scale. 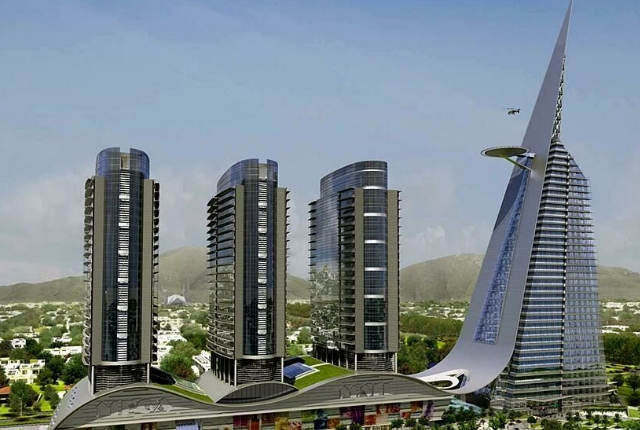 This is the 3rd one in the list, now you might be sure about what Dubai mean to rich people and why they visit here very often. This hotel offers you an amazing beach view with ultimate luxury. The most expensive part of the hotel is the palace ground which costs more than $11,000 per night. This seven star hotel of Dubai features the amazing Arabian culture though its design and architecture. With more than 394 rooms, the hotel in the center of Excellency. Also not to forget, it is surrounded by lawn and acres that covers about 85 acres of land. 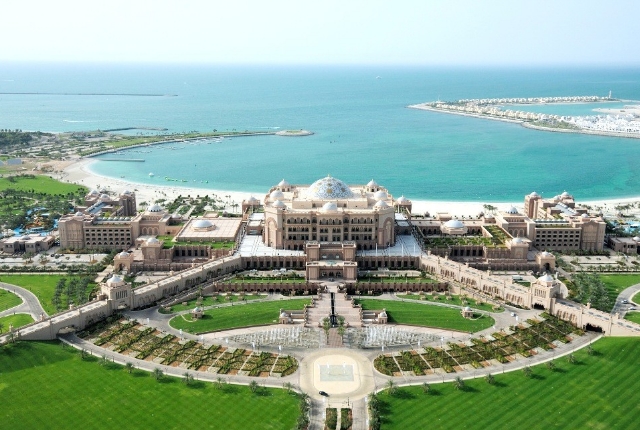 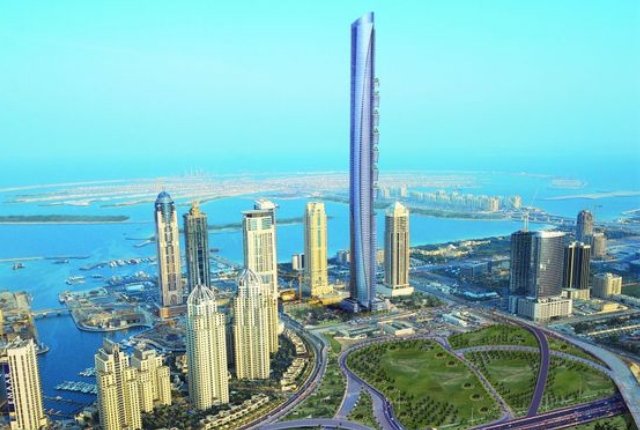 In case you prefer tranquility with luxury then here comes this island for you. This private island is turned into a hotel by Malcom Forbes. Call it world’s most beautiful island or the island turned hotel, both will do. With such a grand hotel, here at this island, one may find relaxation from the hassle and bustle of the city. Surrounded by nature all around, this hotel serves some of the most delectable cuisines in the whole world with an outwardly touch of nature. 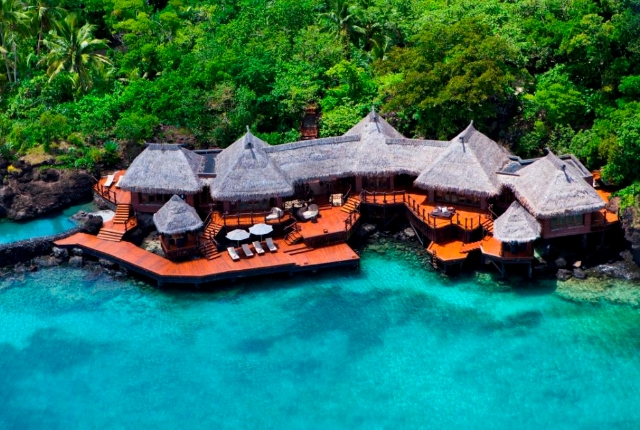