Love for nature and outdoor activities will always push you to the most northerly of the US states; Montana, whose topography is best, defined as being Continental Divide between eastern and western regions. This further gets corroborated by the fact that Montana is one of the most sought after destination for winter recreations and has developed 15 public downhill ski areas that include the Big Sky resort and Great Divide. Montana is sure to catch your fancy with some of the most stunning natural formations of rocks and river like The Rocky Mountains, Flathead Lake and many protected lands.

Those who have visited Montana perhaps have the hankering for visiting the state that shares its border with three Canadian provinces one more time. The other group must not deprive themselves of visiting these 8 top rated destinations of this sparkling state which is also known as “Land of the Shining Mountains”, “The Last Best Place” unofficially.

The capital of Montana is like a scrap book of the state’s history including its former name “The Last Chance”. The state capitol building reflects Greek Renaissance style architecture presented with Montana granite and sandstone. The wilderness of Helena leaves you awestruck with its millions acre Helena National Forest, Gates of the Mountains Wilderness Area which has 1,200 foot canyon walls composed of limestone. You will also get a chance to see rare American White pelicans, peregrine falcons, turkey vultures, red tailed hawks. 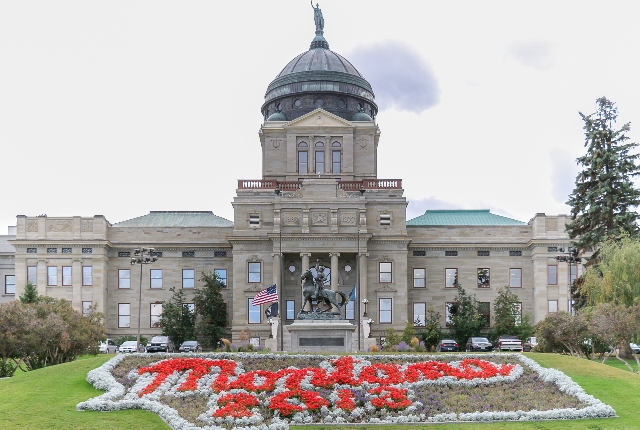 The park will qualify as every lens man’s dream shot wherein for you can capture snow clad peaks, glacier filled valleys, lush forests in single frame. Visitors seeking adventure will enjoy activities like climbing, hiking to the full amidst the serenity and beautiful landscape filled with cottages. 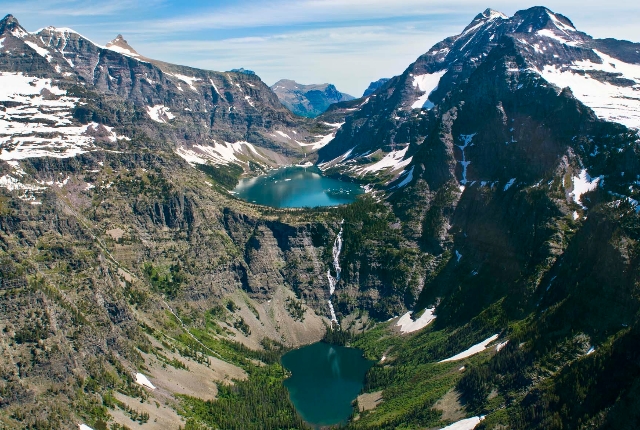 3. Museum Of The Rockies

Take a detour from outdoor adventure and make it thoroughly interesting for kids with a visit to the Museum of Rockies which has a gigantic dinosaur skeleton welcoming you. Top points of interest have to be the history of Native Americans’, mining. More follows in Taylor Planetarium, the Martin Children’s Discovery Center and displays of many dinosaur eggs, fossils and realistic models of T-Rex. 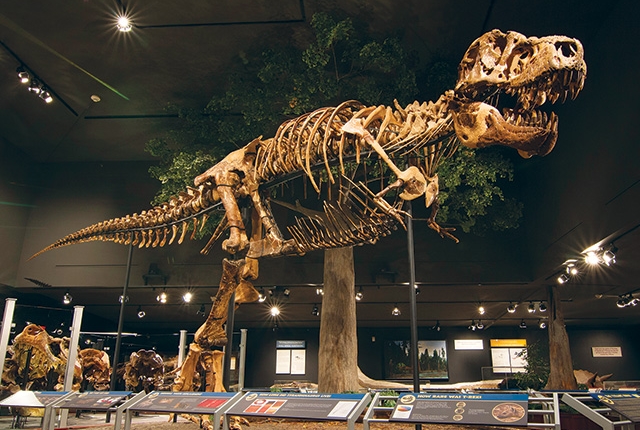 A guided tour will walk you through the formations of the stalagmites and stalactites and other interesting cave features. The interior of Lewis & Caverns will take you lower through stairs in this 3/4-mile walk. Afterwards, you can revive yourself in the café and restrooms. 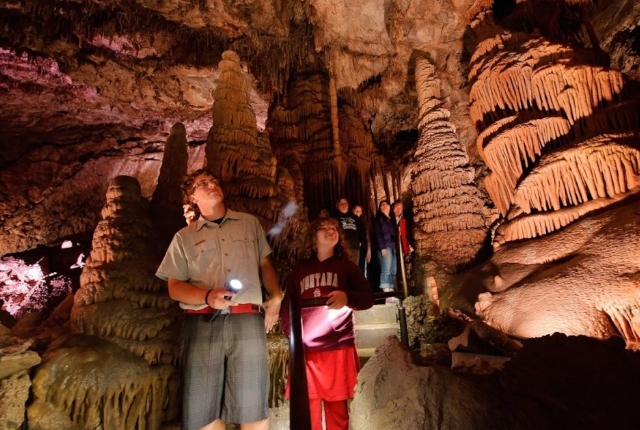 The site commemorates both victory of the US Army as well as the gallant of Sioux and Cheyenne Indians who fought in 1876 against each other. You can get poignant moments in your visit of the museum and the Custer national Cemetry and Reno-Benteen Battlefield. 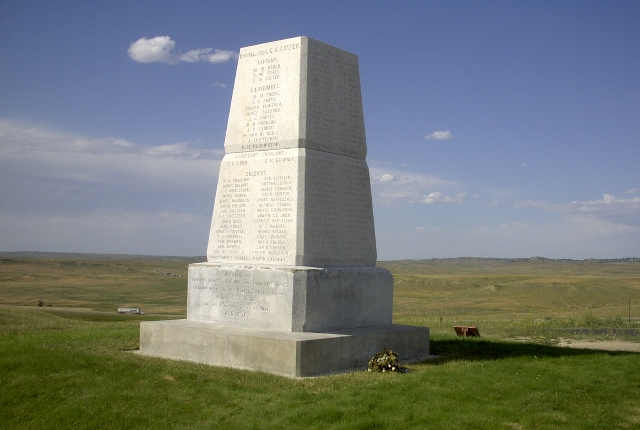 Must see sanctuary if you don’t want to miss out on watching huge grizzly bears and gray wolves enjoying water splashes in the pond; the learning of their habitat and comfort level in human surrounding is interesting too. 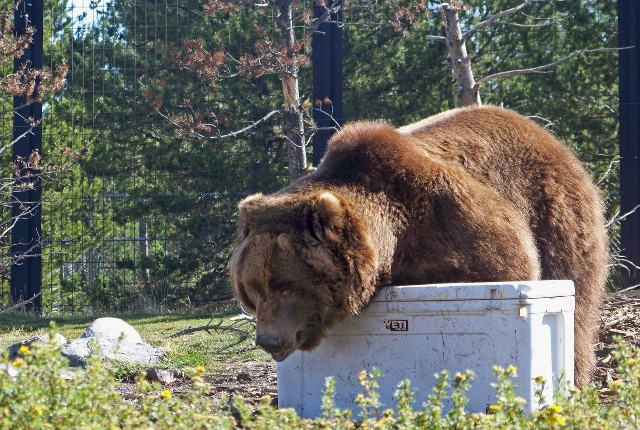 7. Gates of the Mountains

Get to know as to why this place was named by Merriwether Lewis and find out more about the tragic wildfire at Man Gulch in 1949. This canyon on the Missouri River has plenty of recreational activities like hiking, camping and boating. 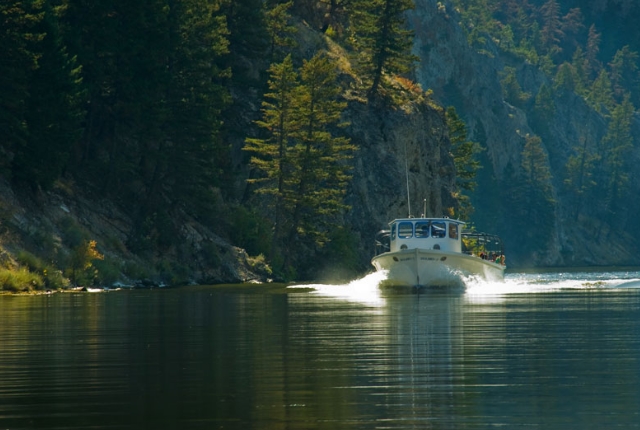 The red sandstone manor designed by Henry Janeway Hardenbergh is a 28 room mansion that houses Persian carpets and several artifacts. The mansion is also a temporary host to several musicals and festivals. 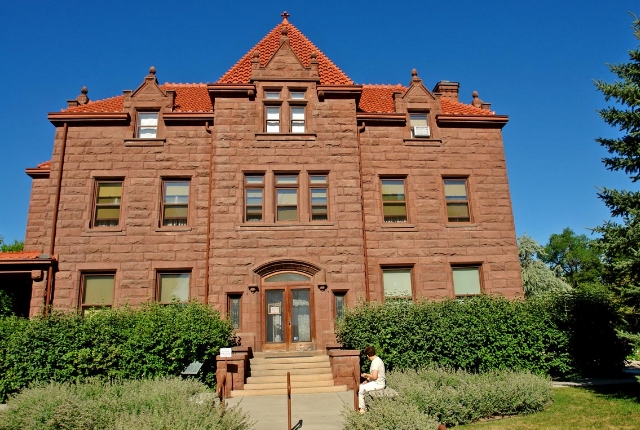