The crown of the continent ecosystem, Glacier National Park resides in the Canada – United States border. The mesmerising beauty of the park is jewelled with 130 named lakes, 1,000 different species of plants and hundreds of species of animals. This ecological park is located in Montana, United States. The park encompasses a region of 1 million acres which is a home to much-endangered flora and fauna. According to the scientists due to a drastic change in climate, the glaciers are melting at a fast pace. It is said that till 2030, this beautiful Glacier National Park will not witness any glaciers.

The famous red bus tour amidst the Glacier National Park will give a peek to the glaciers which are million years old. The park is also known for its various adventurous activities like Fishing, Cross River Skiing and Hiking. Summers are the best time to visit the glaciers, as the weather will be warm and the visitors can enjoy the view of flowers blooming around the park. 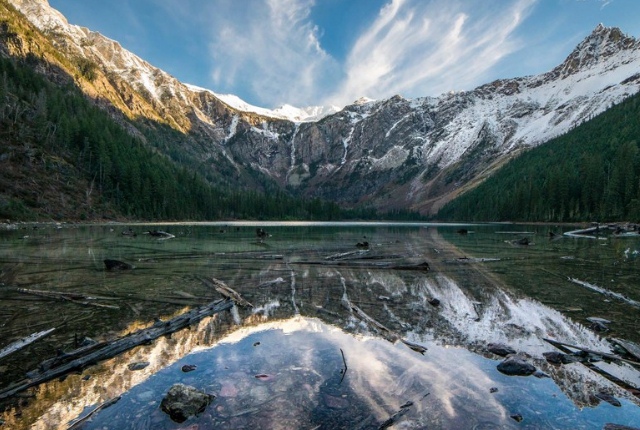 This mysterious yet beautiful beach in Na Pali coast in Kauai, Hawaii cannot be reached by everyone. The little beach in the Hawaii Island is the fascinating beach, still, the charismatic view is, secluded from the beaches of the north shore. The only way to see the picturesque view of the beach is to swim from Kalalau beach to the shore. The first step at the white sandy surface of the beach will leave you enchanted. The beach is separated into two halves by an arc from which the sound of a “conch shell” comes when the wind passes through it. A huge waterfall falls from the cliff to the arc and merges in the ocean. The silence in the beach may give you an eerie feeling but the isolation makes this beautiful place deserted. 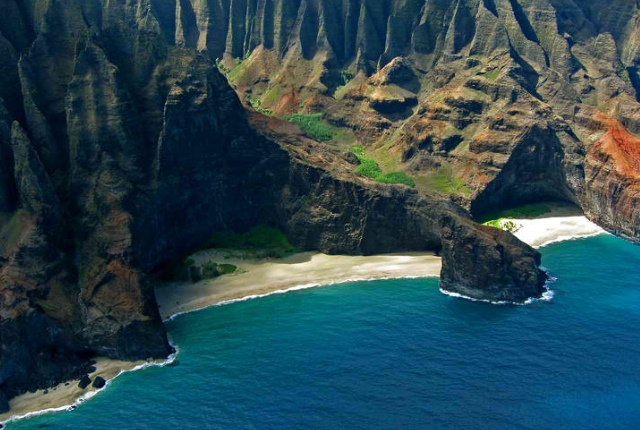 The forbidden name emerged with the bad past of the valley doesn’t refrain the beauty of this dry and hot place. The eye soothing sunset at the Zabriskie point will make your holiday worthy. This valley has a dark history which the land has seen but the colourful rocks and canyons make this place beautiful for the people. Springtime is the best time of the year to visit this dry desert as in the summers the scorching heat is unbearable for the people. Bike rides, four wheeler rides and hiking are the popular activities done in the harsh area. 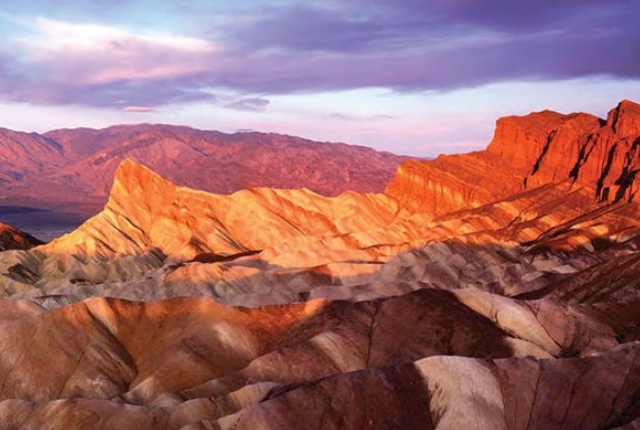 Get back to the Victorian era by taking a step in this small island which is beautiful beyond your imagination. The daytime will give you a peek to the historic Mackinac fort, shopping streets and a ride on the carriage. And after a delightful day tour, the music and lights will enlighten your night. Away from the hustle bustle of the city, this island will take you out from the luxury of cars as the transportation means are limited to buggy, horse rides, bicycles or by foot. Doesn’t it already sound like the royal Victorian era?

The island attracts the crowd in the months of summer when the mornings are cool and the afternoon sun gives the warmth. 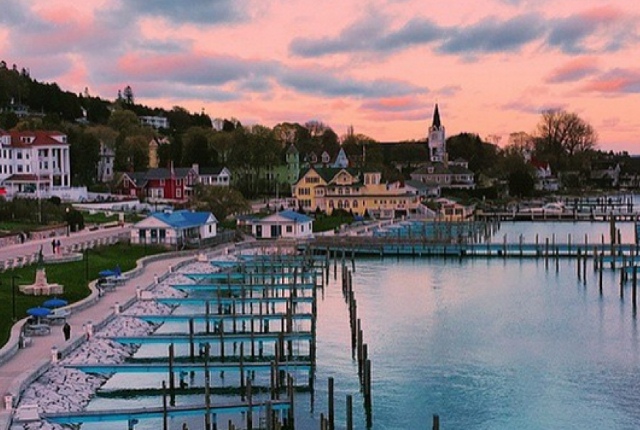 The biggest alpine lake in North America, the water of the Lake Tahoe is so clear, that you can easily get a fascinating view of the water ground. This place is perfect for the adventure lovers as the sun shines brightly in the sky 300 days of the year. The summers are cool and calm and winters are warm at the lakeside. The lake is known for boating, rock climbing, kayaking and windsurfing over the crystal clear water. The winters can see the rush in the winters to experience surfing on the thick bed of snow under the warmth of the sun. 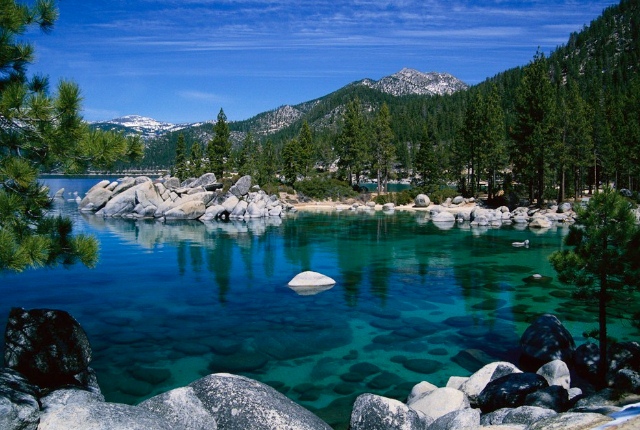 The night sky in Alaska lightens up when the solar particles thrust into the magnetic field of our planet. Yes! Northern lights or Aurora Borealis is a treat to the naked eyes. The waves of green, blue, yellow and red lights scatter in the darkness of the night and make a scenic picture. Thousands of people come to the freezing temperature of the night in Alaska to see this mesmerising spell of nature. The natural light show can be witnessed clearly in the period of September to April in the mid time from 11.30pm to 3.30am. Cover up in warm clothes to see this picturesque view in the freezing night. 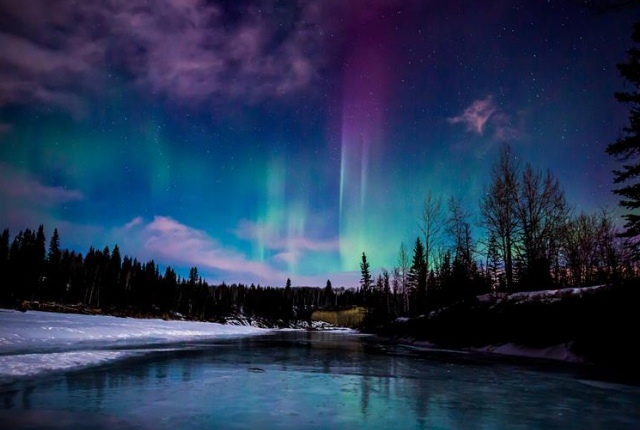 The gushes of water and roaring sound of the waterfall are deafening as you will reach near the Niagara Falls. This is the most beautiful view of nature where the clear water falls from the cliff, fascinating the travel junkies. Capture the mesmerising view of one of the most powerful natural wonders of the world. The boat rides are the most preferred activity by the tourists. 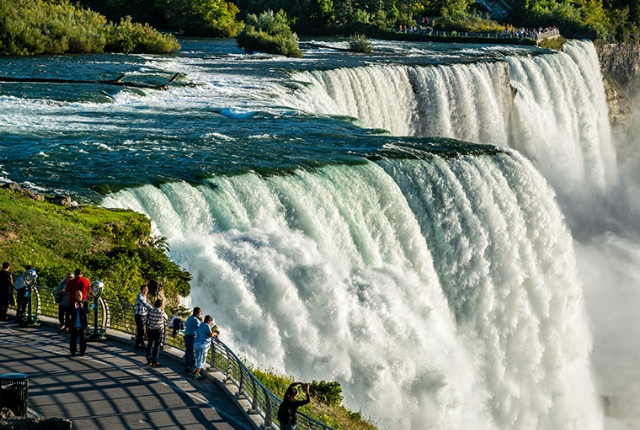 The major attraction of this dead silent national park grabs the 2,000 years old German Sherman, the tallest tree species in the world. The height of the tree is 275ft. tall which will make your heads turn up high to the sky. The other sequoia trees in the sky are also touching the heights of the sky. Apart from the view of the massive trees this place also shelters a waterfall and other picturesque spots which will make you feel enchanted. The beauty of nature takes another fold in this national park. 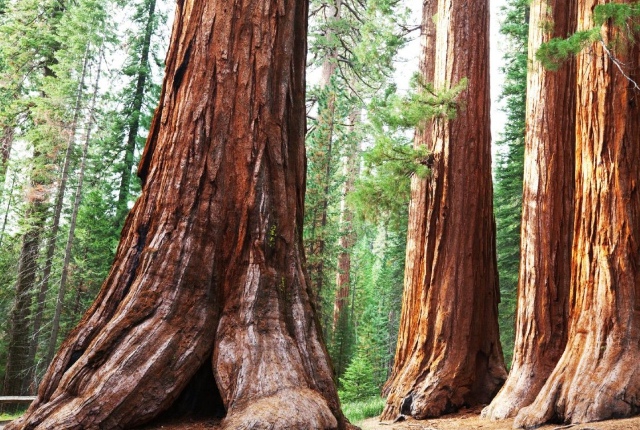 Nature painted a beautiful painting in Utah which was named the Bryce Canyon. The attractions of this beautiful place are the Red Rock Pillars which emerged after withering of rocks and with the indulgence of the wind, water and snow for thousands of years. The pillars are commonly called “Hoodoos”. Apart from giving your eyes a treat, give your body some warm up. The terrains have to be explored at horseback or bike rides can also be an option in the summer season. Winters are also good to explore this place as you can sleigh ride down the snow or you can also give a try to cross country skiing. 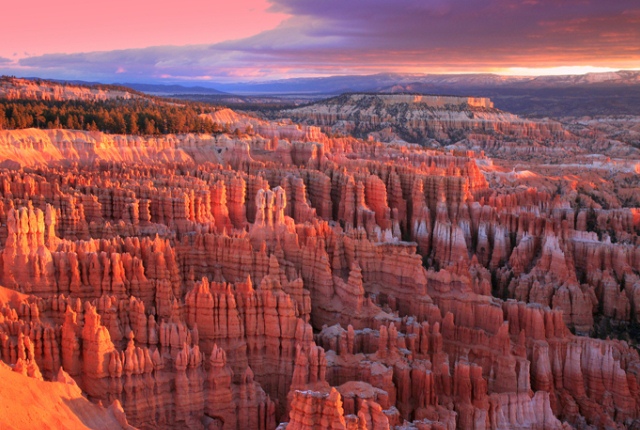 Away from the hustle bustle of the city, this pool emerged thousand years ago when the dome of an underground river collapsed. This beautiful pool is a 23 miles distance away from Austin city. The summer season can see a bunch of people crowded around the pool to feel the calmness of the water. 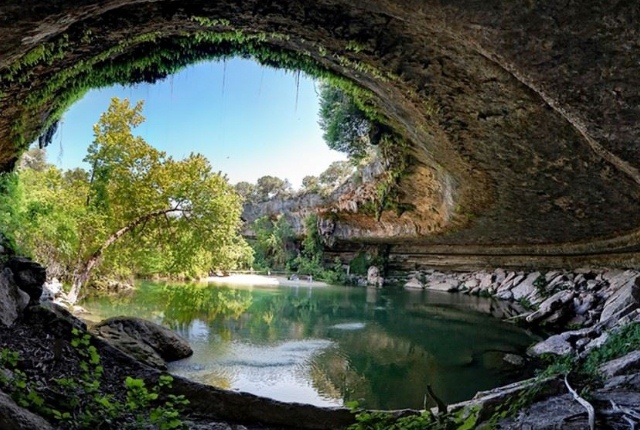