As a county in England, Cambridgeshire shares its border area with Norfolk, Essex, Hertfordshire, Lincolnshire, Suffolk, and Bedfordshire. There are low-lying areas and hills in the county. The weather remains dry with a maritime temperate climate. The reason for this is low altitude and lying on the East side. Football is a popular sport in this place. Contemporary art galleries and art centers are situated in the county. Cambridgeshire is famous for its history, culture, and archaeology. Paleontological discoveries are found in the place. It is an ideal place for enjoying trekking and enjoying cycle tours. The cathedrals, villages and shopping centers of the area attract people to the place. Fashion stores and exquisite boutiques are located in the market. There are many places to see and visit in Cambridgeshire. We will suggest some places to visit in this English county.

Following Are The 9 Best Places To Visit In Cambridgeshire In England:

Cambridge is a famous county of Cambridgeshire in England known all over the world as a university city. Situated on River Cam, it is among the best universities in the world where a large number of students come to study. Laboratory, chapel, and library are a part of the university. The skyline of this city includes English Martyr Church and St John’s College Chapel tower. Industries and start-ups related to software and bioscience are situated in the area. Football, cricket, rugby and water sports are popular among people. The city has art theatres and museums. A music festival is held and live music venues are visited by people. Music bands play music for people. An annual beer festival is organized. 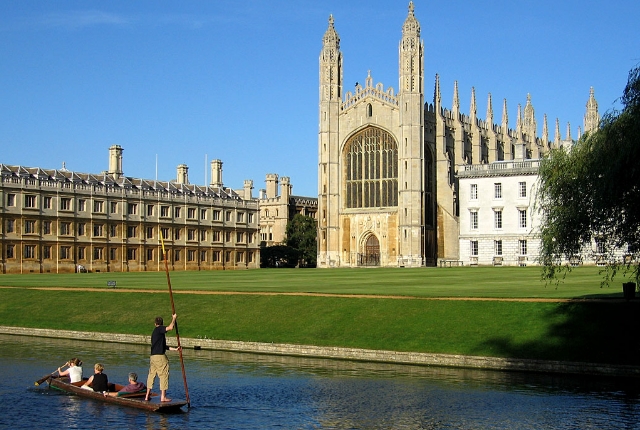 Ely is an incredible monument in Cambridgeshire that was an isolated cathedral in the olden times in the medieval ages. During that time, it was located in marshes. The landscape of the monument at present looks very magnificent stretching for miles. It is designed with a Romanesque architecture. Also, the monument has Gothic architecture design on it. The external part of Ely is very beautiful with an octagonal shaped tower. People love to gaze at the tower from the bottom. The arches of this cathedral are ornate and lofty. The dome is very high and it is designed with a Gothic style. Annual fairs are organized in the area. Aquafest, Ely Folk Festival, and Eel Day Carnival procession are some famous events. An autumn show is organized by the horticultural society. 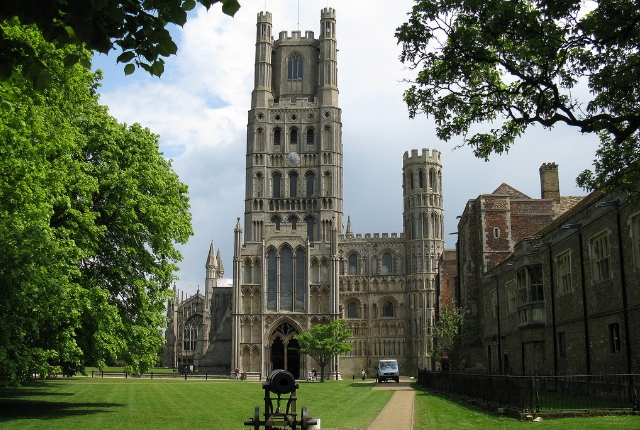 Huntingdon is a traditional county in Cambridgeshire famous for being a market town. There are rare species of flora like flowers and grasses in the place. Also, a rare dragonfly is found here. A large number of local businesses and warehouses are located in the town. Horseracing is enjoyed by people and horse races are help in the horse-racing course. The climate is temperate maritime. There are four churches in the area. Football is a popular sport for which there is a football club in the town. 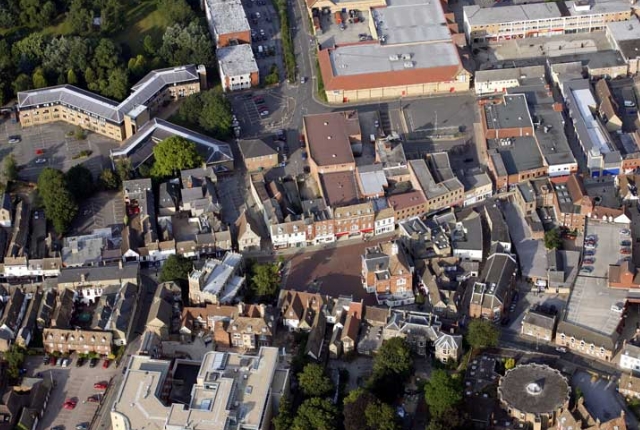 St Ives in Cambridgeshire is a place where trading was done in the medieval times through River Great Ouse, which is connected to London via road. A large number of pubs were there in the area in the olden times. At present, the place functions as a market town. Monday and Friday’s markets are visited by people. Michaelmas Fair and Farmers Market are the famous events of the place. People like to spend time in the coffee lounges. St Ives Bridge and Holt Island are the landmarks of the area. Norris museum, churches, indoor and outdoor recreation centers are located in the town. 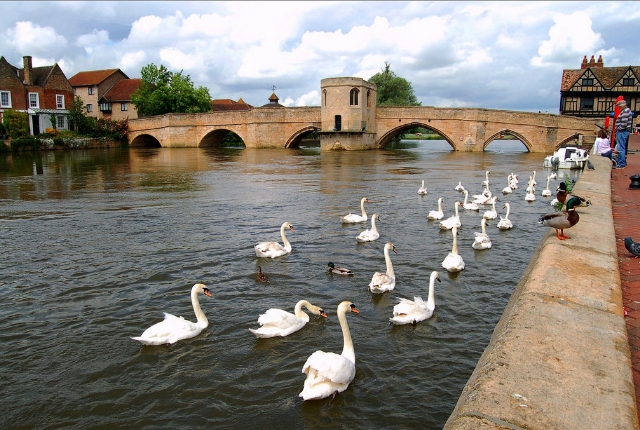 The March market town in Cambridgeshire was an island with marshes all around it in the olden times. The town was constructed in the 1600s after removing the marshes. Trading was done on River Nene at that time. At present, March is a county town with a railway center. People like to explore the River Nene on pleasure boats in the present times. The town has eleven churches. The March Museum has local memorabilia and artifacts. A camera collection and church clock face are some things worth seeing in this museum. The town has football clubs and grounds. 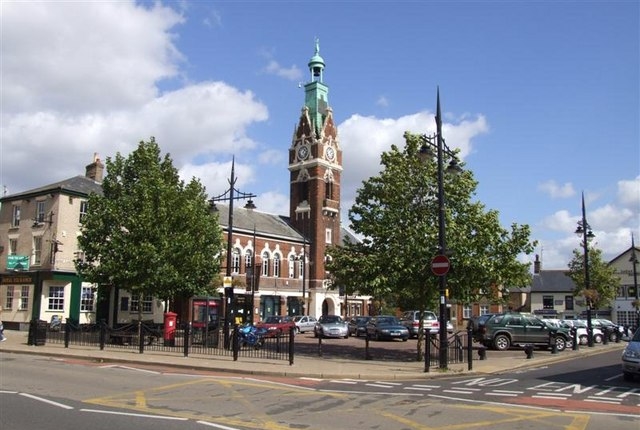 Wisbech market town has the River Nene flowing through it. Theatre and drama are popular among people. Angles Theatre, Wisbech Players are the well-known drama groups. Annual musical function Pantomime is organized in the town. Rose fair is held in the church in summer season every year and it has floral displays and parade of floats. Football, hockey, tennis, cricket, squash, swimming are the popular sports of the town. There are martial arts clubs in the area. 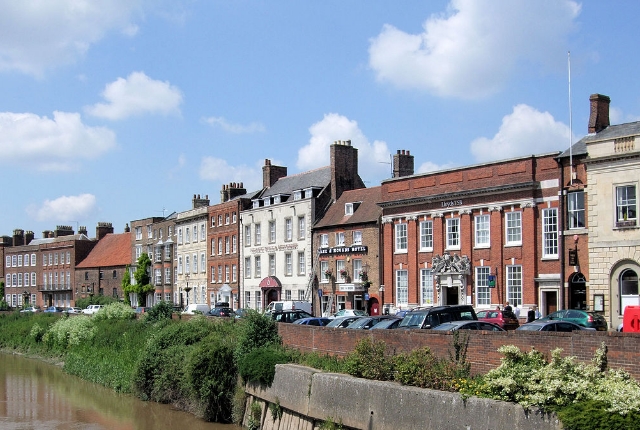 A cathedral city with a flat topography, Peterborough is an important industrial city of Cambridgeshire in England. It is a manufacturing and commerce center. There are many shopping sites with an urban dining experience. The cathedral is a notable landmark and it retains the looks and design of early Gothic church made in the twelfth century. It is a beautiful monument with a medieval architecture. The city has a museum that is a very old building of the Bronze Age. Besides this, Bronze Age discoveries are found in the area. Annual arts events and beer festival are organized in the place. The Key Theatre and John Clare Theatre are the centers of entertainment and culture. 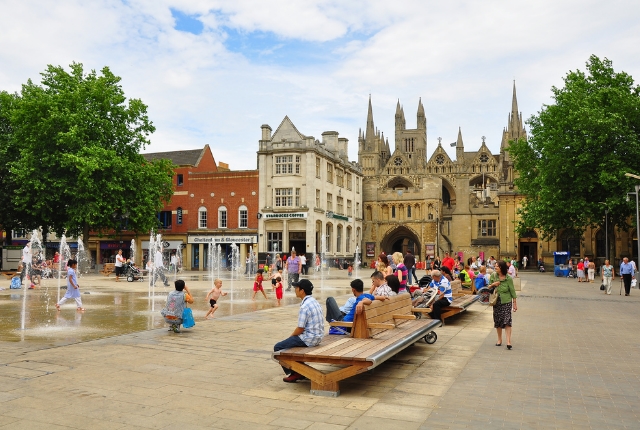 Ramsey market town has a large number of settlements in its boundary. The town is constructed near Ramsey abbey in the surrounding area that functioned as a crucial monastery. The Ramsey Rural Museum displays the rural Fenland life of the olden times. Parish, Baptist, and Methodist churches are found in the town. There are some historic buildings like Houghton Mill and Hemingford Grey Manor. 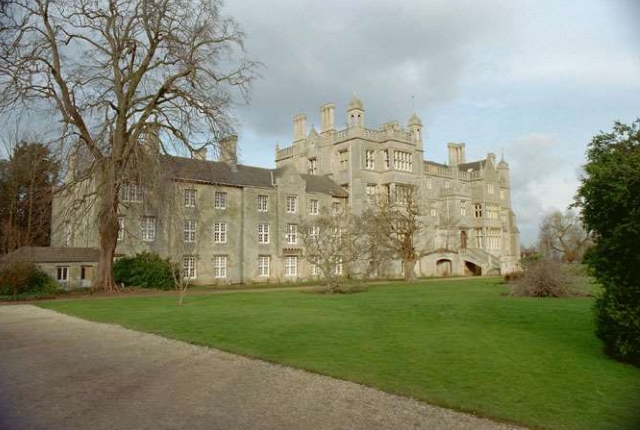 A village in Hundred Parishes area, Duxford lies on River Cam banks. Two parish churches and a fourteenth-century chantry chapel are located in the place. The name of this village is derived from a famous air force airfield known as RAF Duxford. The airfield was converted to a war museum in 1972 and aircraft from the olden times were displayed in the hangars. Paper planes are kept in the museum that also has displays of jet fighters. Visitors can climb on the Concorde airliner and experience the thrill of fighter planes. There are total eight hangars in this museum. 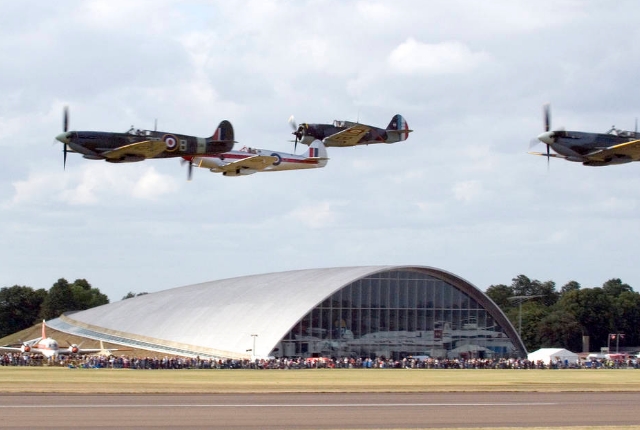