Once a part of Russia the sovereign country of Ukraine currently becoming a travel destinations from tourists mainly from Europe and rest of the world. Ukraine has interesting diverse tourist attractions for visitors. This country has a race of east Slavic people. It was inhabited by prehistoric people thousands of years ago. Later several other European neighbors like Poland, Ottoman, Austria etc influenced the culture of this country. Ukraine became independent in 1991. The infrastructure for tourism is slowly developing in the country. It has liberal travel visa facility for a few countries including US. A tourist in Ukraine can become enriched seeing places connected with ancient glorious history and natural beauty. There are several UNESCO world heritage sites in Ukraine also.

Below Are The 5 Outstanding Places To Visit In Ukraine

1. The Ruins Of Chersonesus, Crimea Peninsula

It is one of the most ancient site of Ukraine. The city of Chersonesus was established in 6th century BC by Greeks in Crimea peninsula region. The most astonishing or striking feature of this city is that this community was a democratic one at that time. Now ruins in forms of spectacular pillars, plinths etc can be seen. The almost intact structure in this site is the Cathedral of Saint Vladimir of 19th century. A history loving tourist should not miss this place. A UNESCO world heritage site of Ukraine. 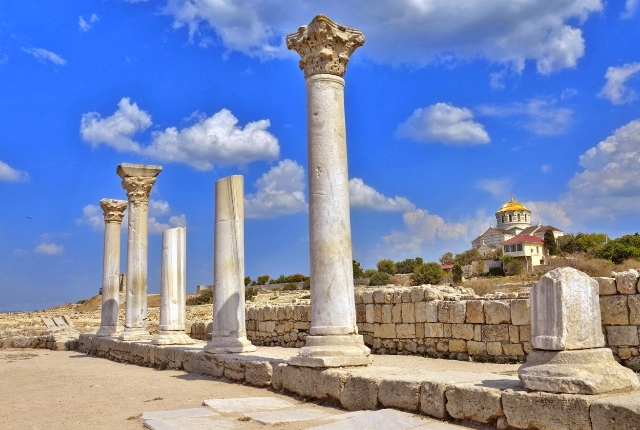 This is perhaps the most ancient site of Ukraine in which archeological studies are still continuing. That is why it is on the tentative list of UNESCO world heritage site. Here in this archeological place in vicinity of Melitopol a number of vertical sand stones are discovered. Archeologists have come to a conclusion that these are burial stones from 20th century BC. During further investigations some archeologists even have discovered rock art in nearby caves of this area also. The grassy meadow like place dotted with upright sand stones certainly resembles ancient Stonehenge sites of UK to some extent.

If you have family or children with you do not miss the Askania Nova nature or bio sphere reserve in Chaplynka Raion region. This places is a dry steppe region that is used as an ‘Acclimatization Zoo’ too. Bison particularly wild horses are local wild life. Besides you can see ostriches, zebras roaming here in this zoo too. The area of this biosphere reserve is more than 800kms. The area has almost remained a virgin region. This place is also in the tentative list of UNESCO world heritage sites of Ukraine. 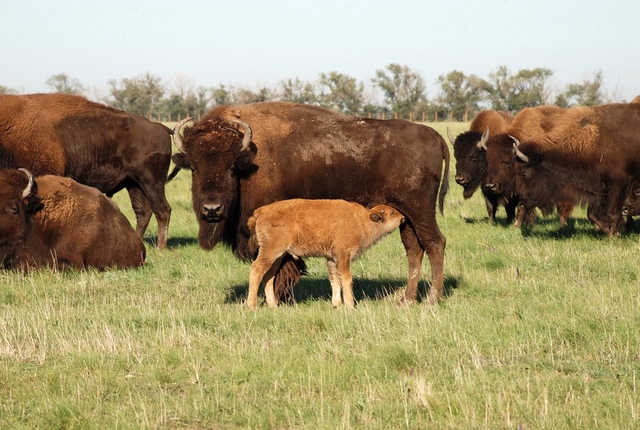 4. The Monastery Of Caves, Kiev

The monastery of caves in Kiev is a religious complex in which a tourist can see many interesting things connected with Christianity of this country from ancient time. This monastery was first used in 11th century and since then it has become one of the most important religious places. Here you can see the spectacular Cathedral of Dormition, Trinity Church, several caves or underground catacombs, church with museum etc. In catacombs or museums the most interesting things include several mummified remains of old priests.

5. The Battlefield Of Balaclava, Balaclava

The incident of Charge of the Light Brigade is one of the most memorable incidents in British military history that happened in 1854 in the Valley of Death in Ukraine then under Russian occupation. The battle is known as battle of Balaclava. It happened mainly between British force and Russia for possession of Sevastopol. If you are interested in this the place connected with this great incident you have to visit the town of Balaclava. There are several monuments connected with this war in the town to see. 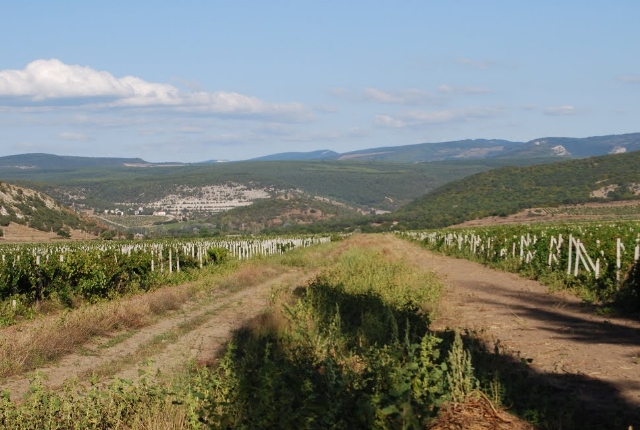