Maryland, a mid Atlantic state in the US of A, is known for its distinctive historic vibe. With its elegant antebellum mansions, nautical villages and unusual historic towns, Maryland has managed to retain much of its old world charm. Maryland also has the distinction of being one of the most densely packed historical terrains in the US of A. From the gilded realms of its past, Maryland, has slowly managed to revamp itself into a new age tourist destination. The Walters Art Museum, Fort Mc Henry National Monument and Historic Shrine and B & O Railroad Museum are some of the top attractions of this state. To discover more about the remarkable places to visit in Maryland, read on.

Here Are 10 Remarkable Places To Visit In Maryland

Fort McHenry, the iconic star shaped fortress, played a pivotal role in defending Baltimore against a ferocious attack launched by the British army during the War of 1812. Many historians believe that this heroic incident inspired the celebrated poet Francis Scott Key to pen the famous poem ‘The Star Spangled Banner’ – which became the national anthem of US of A. Fort Henry which sits on the site on an earlier fortification, is situated at the entrance of the Baltimore harbor.

Fort Henry was elected as a ‘National Monument and Historic Shrine’ in 1939. 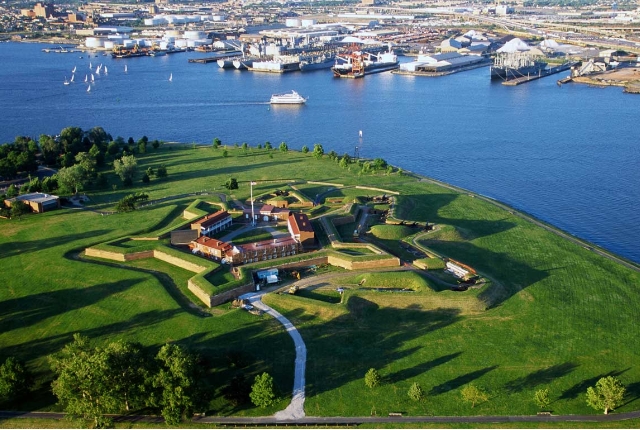 The Walters Art Museum is situated in Baltimore’s famed Mt. Vernon cultural district. This art museum is renowned for its outstanding collection of priceless works of art. This museum showcases collected art spanning over 5000 years. The Walters Art Museum was started by the father son duo, William Thomas Walters and Henry, during the late 19th and early 20th century.

The museum was set up with over 22,000 precious arts and artifacts. Today, the museum houses nearly 35,000 objet D’art, which includes rare books, beautifully illustrated manuscripts and spectacular paintings by old masters. 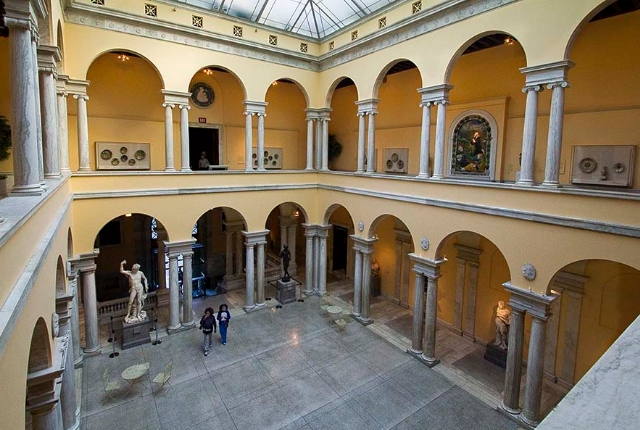 Deep Creek Lake Park is renowned for its breathtaking natural beauty. This park is located in Swanton. Deep Creek Lake Park is home to the largest manmade lake in the state of Maryland. The park is big hit with locals and tourists alike, as it offers numerous, popular recreational activities like swimming, boating, picnicking and camping.

The 2959 ft tall Meadow Mountain, which is located inside the park, offers numerous well maintained trails for mountain biking and hiking.

The discovery center at the Deep Creek Lake State Park endeavors to educate the general public on the rich historical heritage, culture and the wildlife of the western regions of Maryland. 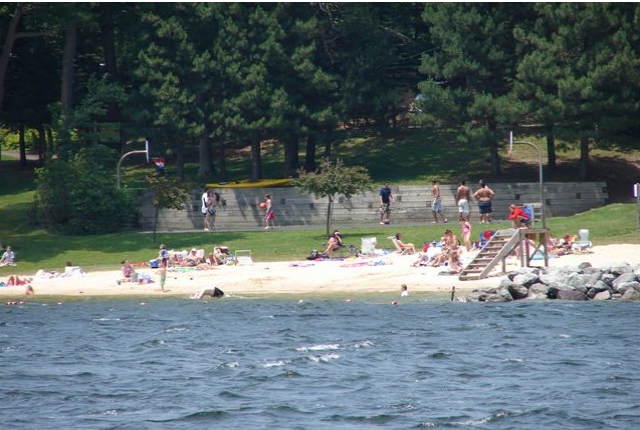 Relive the magic, nostalgia and adventure of railroading, by visiting the famous Baltimore and Ohio Railroad Museum, which is located in Baltimore, Maryland. The historic Ellicott City Station was inaugurated in 1830. This station serviced the initial 13 miles of commercial rail track that was ever laid in US of A.

In the 1970’s the Ellicott City Station was revamped and started its new tenure as the B and O Railroad Museum. The interior of this outstanding railroad museum has been restored to its original glory in the late 1990’s.

The B & O Museum is the best place to imbibe all the sensory aspects of railroading. This museum also hosts numerous educational programs, exhibitions and living history programs related to the railways. 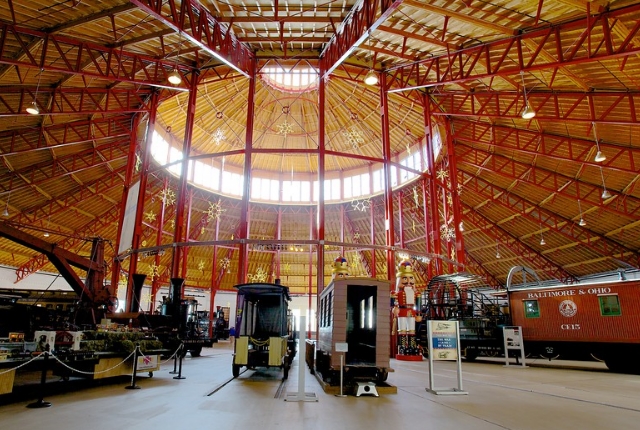 This aquarium houses over 20,000 animals which are exhibited in award winning habitats. 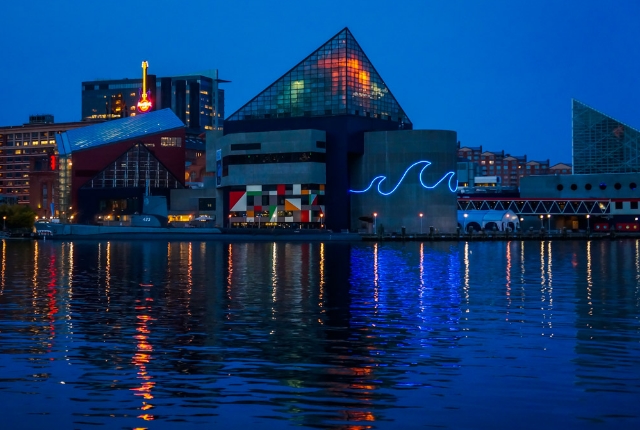 There are tonnes of things to do in Ocean City which will keep the whole family engaged for hours on end. A visit to Ocean city is incomplete without enjoying some downtime at the ocean city beach. Enjoy the warm lancets of the early morning sun while you dip your toes in the icy cool waters of the ocean.

The prismatic colors of the gorgeous carousel at Trimpers Rides, will beckon you to enjoy some simple fun. Ocean city is dotted with numerous world class restaurants where you can sample world cuisine. Ocean City is home to 17 world class golf courses and the adrenaline inducing Jolly Rogers Splash Mountain Water Park. 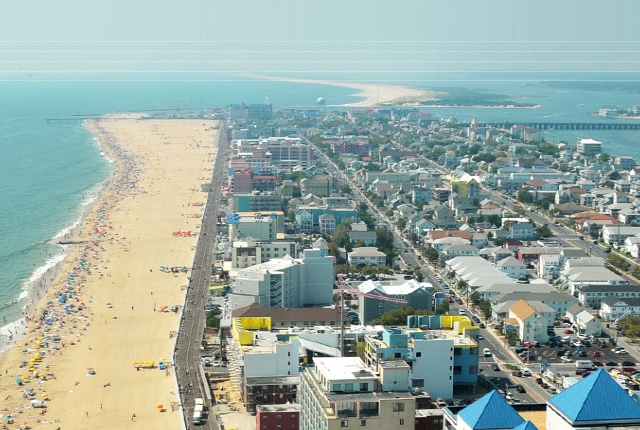 This award winning garden is located within the precincts of Wheaton Regional Park. Some of the top attractions at Brookside Gardens include the two large conservatories, the vast tropical garden exhibit, the butterfly garden, the rose garden, the children’s garden and fragrance garden (to name a few attractions). The Brookside Garden also has a well stocked horticultural library and a gift shop. 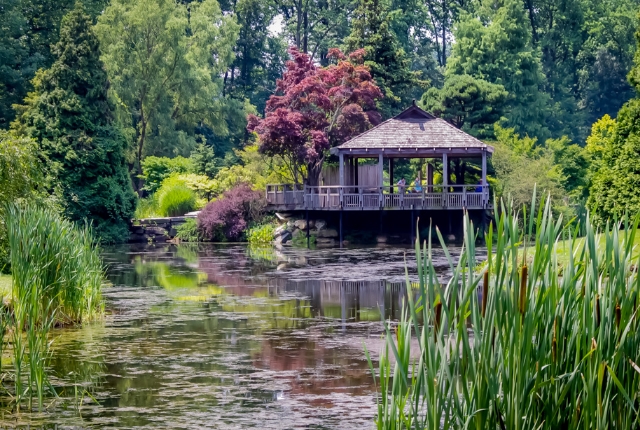 Antietam National Battlefield is a popular tourist attraction which is located in northwestern Maryland.

The battlefield is the site of the American Civil War of Antietam, a bloody conflict which lasted for over 12 hours on September 17, 1862.

Tourists who visit this historic site can sign up for a ranger guided tour, in order to discover the devastating events that took place here over a century and a half back. Tourists can also head to the visitor center to explore the historic museum exhibits. 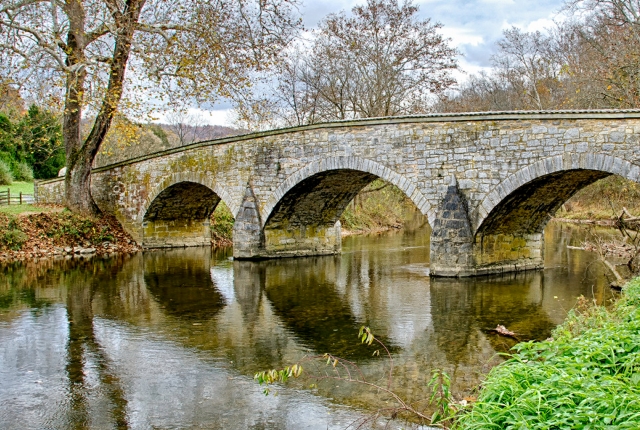 The Maryland Science Center which is also called the Science Museum is located in Inner Harbor area in Baltimore.

This museum opened its doors to the public in 1976.

The science center is spread over three floors. A visit to this center is a wonderful way to learn the various aspects of science through interactive exhibits, hands on demonstrations and numerous fun activities. The Maryland Science Center also houses the Davis Planetarium and a top notch IMAX Theater. 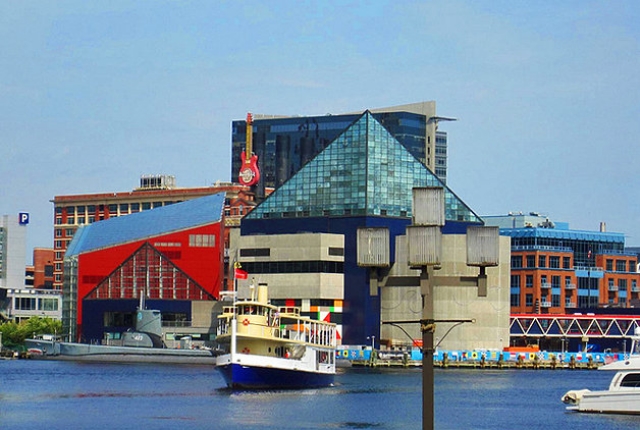 Baltimore Basilica or the Basilica of the National Shrine of the Assumption of the Blessed Virgin Mary is the first Roman Catholic Cathedral which was built in the US of A after the adoption of the constitution.

One of Baltimore top tourist attractions, the Baltimore Basilica attracts over 10,000 tourists every single day.

The Baltimore Basilica which was built between 1806 and 1821 is an excellent example of American Architecture. Scores of people visit this church everyday to pray and to discover more about the history of America’s First Cathedral. 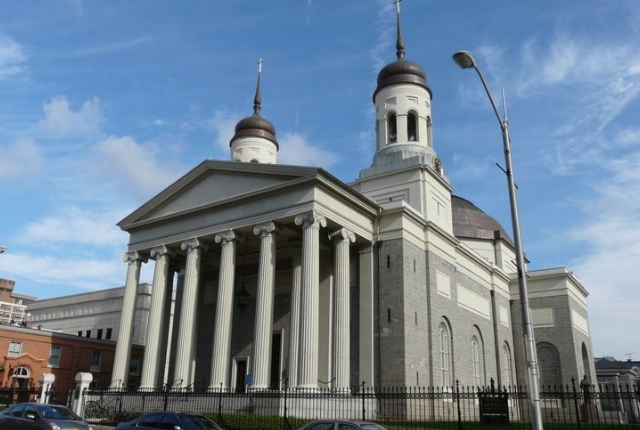