The Iconic French Coastline popularly known as the French Riviera has a huge treasure of glamorous beach resorts and hotels offering spectacular view of the bay. It is a major tourist attraction. The seafront and the famous ‘La Promenade des Anglais’ has today made french Riviera the most famous coastline in the world. The hotels here have tourist from all around the world through out the year.

Here Are The 5 Beautiful Hotels Along The French Coast:

It is located between Nice and Antibes featuring luxury apartments close to the beach of Villeneuve Loubet. There are air conditioned apartments from 25 to 40 m² with satellite TV, WiFi access, bathrooms, living rooms and also Kitchen. One bedroom apartments will have extra bed or pull out sofas. It is an idle family destination along the French coastline. It also has swimming pool on the roof, fitness center, and a breakfast room. Other perks include billiards room, lounge area, laundry facilities and off-street parking. 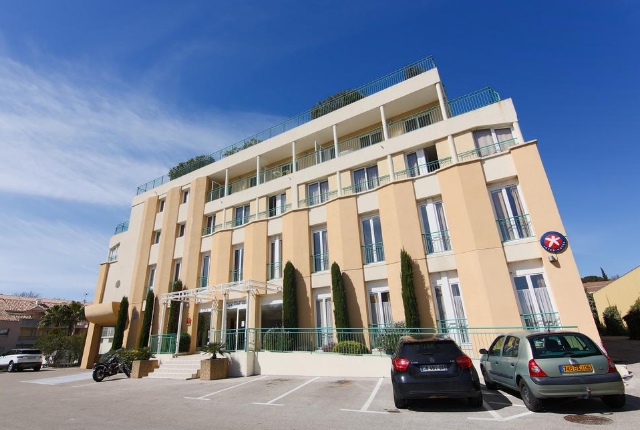 Le Negresco is a 5 star Luxury hotel along the Angel’s Bay (Baie des Anges) in Nice. The hotel is a century old facing France’s one of the most beautiful beach and has a magnificent Belle Epoque architecture and a superb collection of period furniture and works of art which include some of the rare antiques and historical paintings. The rooms give a stunning view of the bay and have traditional and contemporary decor. It is a home to a 2 Michelin starred restaurant Chantecler, a British styles bar Le Relais and a private beach. 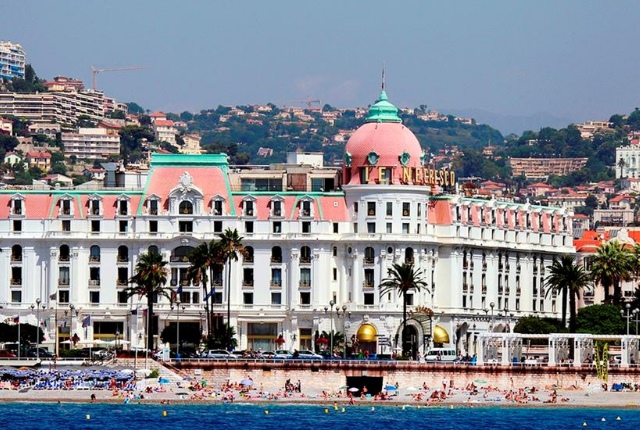 Located at the promenade des anglais Hyatt Regency gives a spectacular view of the French Riviera. It is the one of the most prominent landmark at the promenade which has splendidly blended the late 1920’s architecture with the modern 5 star amenities. There is a wide range of options with the rooms right from the standard rooms with basic amenities, queen and king sized rooms and the penthouse suite which is the highlight with its private terrace giving you a panoramic view of the bay.  The restaurants will offer you regional cuisine along with gourmet Mediterranean dishes. The location is also easily accessible from both the Nice Station and the airport.

Hotel Suisse is another luxurious stay for you along the Baie des Anges. The Italian styled hotel is famous among the couples and single travelers who want to explore the town and the port on its doorstep. The hotel is situated on a promising location with the cliff just above the hotel, with gardens and waterfall and also the flower market, old town, opera house, Museum of modern and contemporary art and numerous other shops and restaurants just at a stone’s throw away. The rooms have refined decor and there is classy lounge and bar area to enjoy your drinks. The hotel gives access to a private beach with additional charge where you can enjoy your meals. 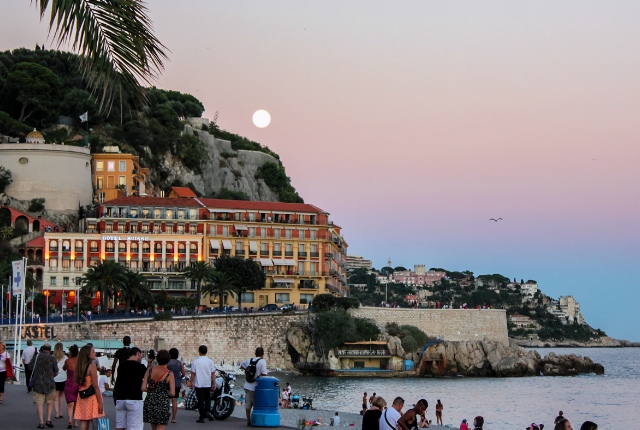 One of the most high profile and elegant destinations in Carlton especially during the film festival is the Hotel Intercontinental. Glamorous, Iconic with stunning views of the Bay of Cannes is synchronous to the glamorous city of  Cannes. There is a lobby with huge white pillars and chandeliers, spacious rooms with the pinch of Hollywood glamour and a private beach across the Promenade. Carlton Bar and restaurants offer terrace view of the sea. There’s this intriguing Carlton Beach Restaurant (Seasonal) at the Croisette. The restaurants specializes in the Mediterranean cuisines. 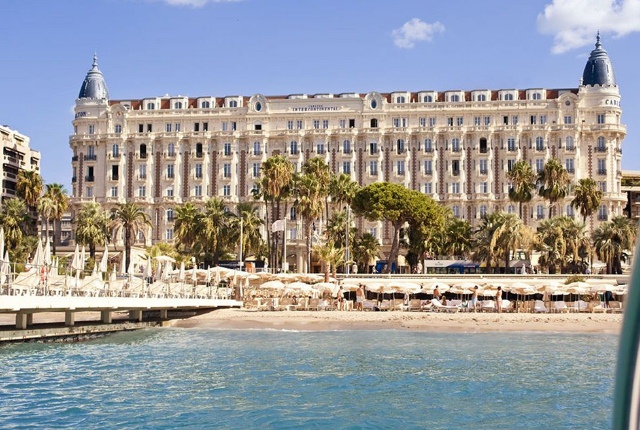